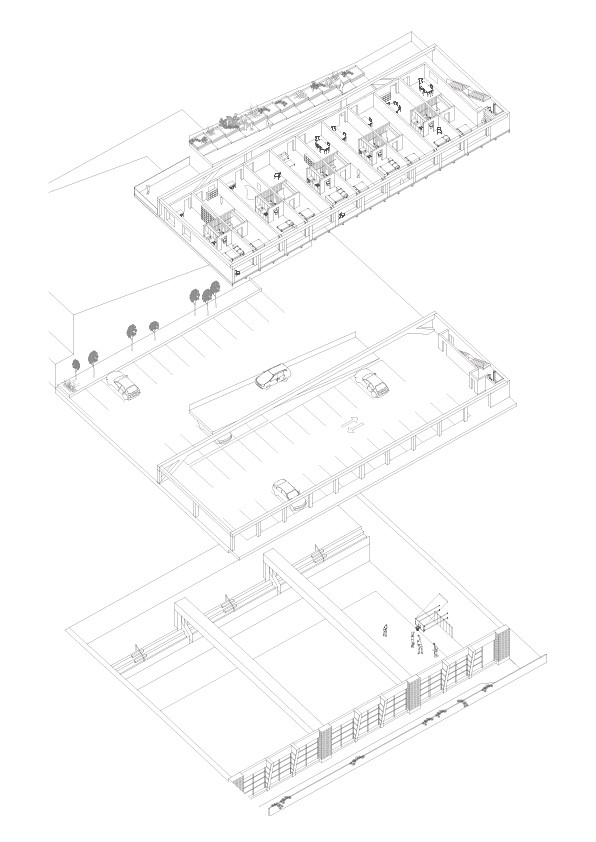 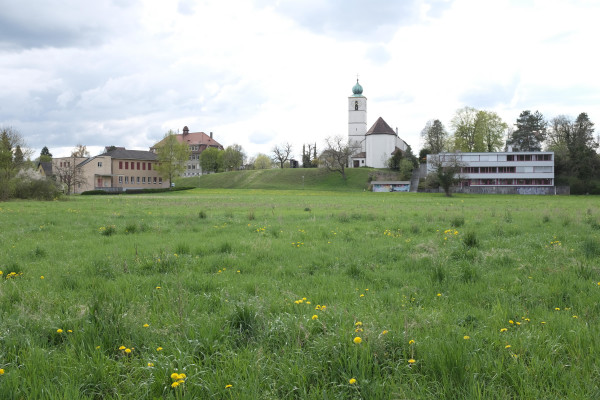 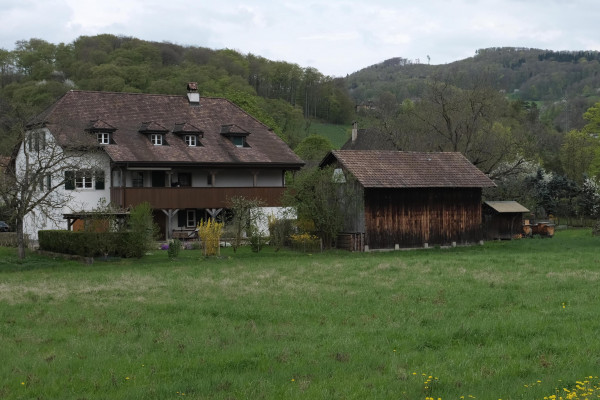 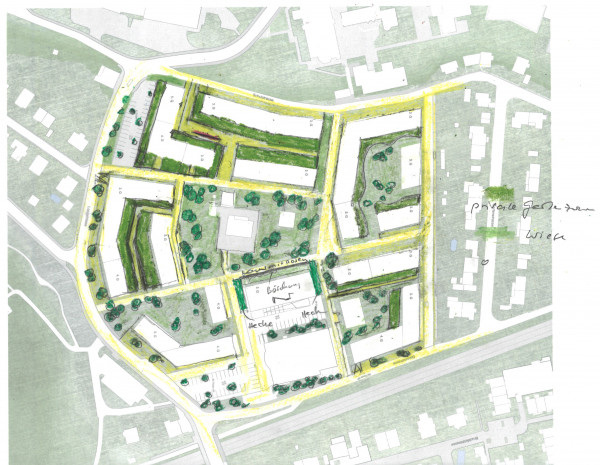 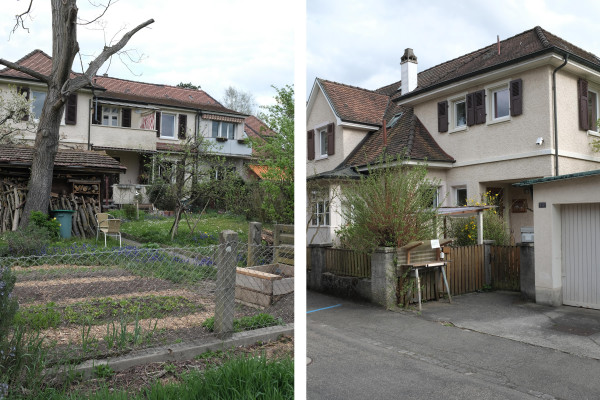 Bruckfeld is a piece of land owned by Gemeinde Münchenstein, seemingly excluded from the urban development for some time. The former agricultural field is limited to the east by the railway tracks and to the west by inclined terrain with rural housing. Such a distinct and bordered space can be witnessed very rarely. The geography and ambiance of the area, as well as the neighboring building structure, has a valuable quality that can be adopted by the new development.

The proposed urban design of Bruckfeld is tuned to the moderate heights of surrounding buildings, variety and dimensions of neighbouring space while respecting dominants, protected views and the cultural context of the place. At the same time it aims to activate the area and increase the density of the settlement.

The arrangement of the structure is divided into several well-proportioned courtyards. Through a network of residential streets, all courtyards are connected to the central communal space, Bruckfeldmatte. The space has a special identity due to Bruckfeldhof, a historic farmhouse build in 1711, that keeps the character of the rural scenery and connection with the past.

The proposal introduces a diverse degree of public and private space, as well as a rich mix of housing types and apartment sizes. The residential indoors spaces are extended with outdoor spaces of different character. Thus, the row-houses are supplemented with private gardens, multi-story residential buildings have communal courtyards with private gardens for the ground-floor, and cooperative houses have shared gardens. The sequence of gardens, communal courtyards, public squares and streets creates a gradual change between the public and private space.

Parking is an important topic for the Bruckfeld area and can be defined by its flexibility. On the assumption that, in the future, transportation is changing in a sustainable direction, it is necessary to think about parking structures that can be easily transformed when parking requirements are reduced. Based on this strategy, we propose a 3-story car-park which initially can be used mostly of the visitors, but later, can be adapted for public or residential needs. All other parking spaces for visitors are located above the ground and can be easily converted into green spaces. Furthermore, most of the row-houses have integrated garages. These garages could be converted into rooms and workshops later or used alternatively from the beginning. This strategy makes it possible to reduce the underground parking to an absolute minimum while giving residents the ability to adapt the space to their individual needs. 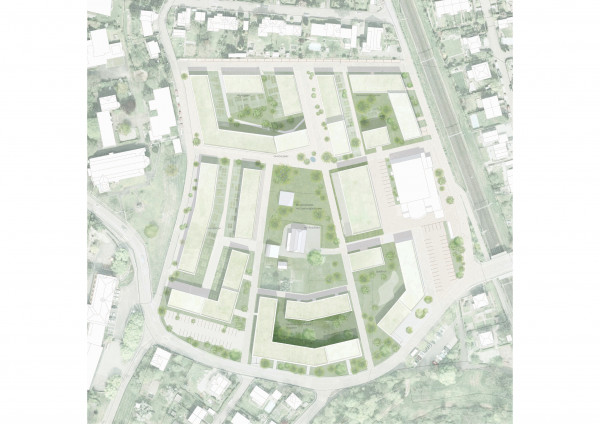 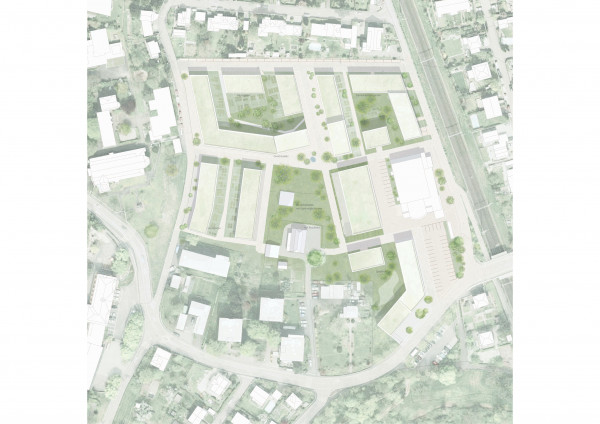 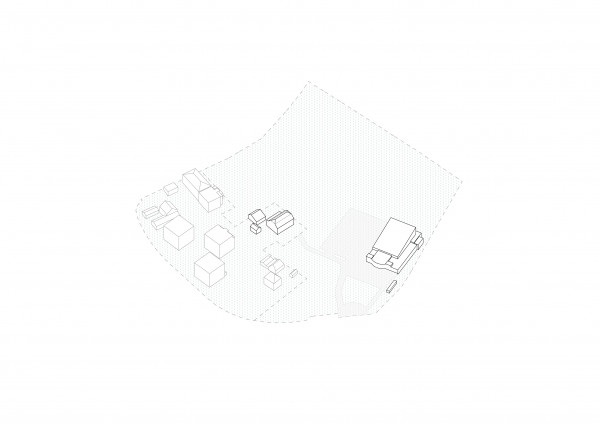 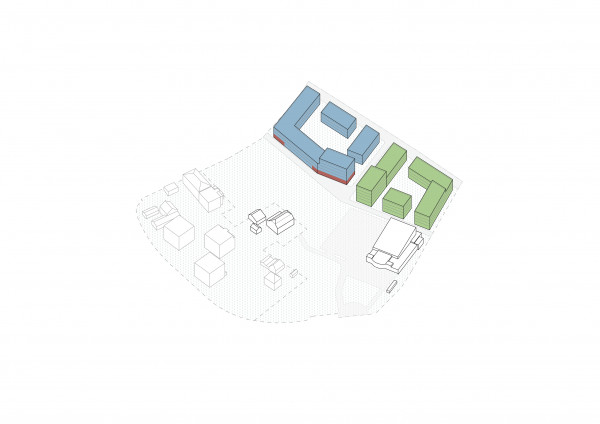 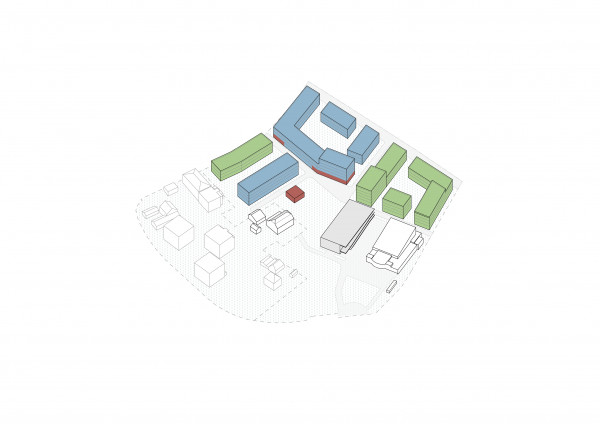 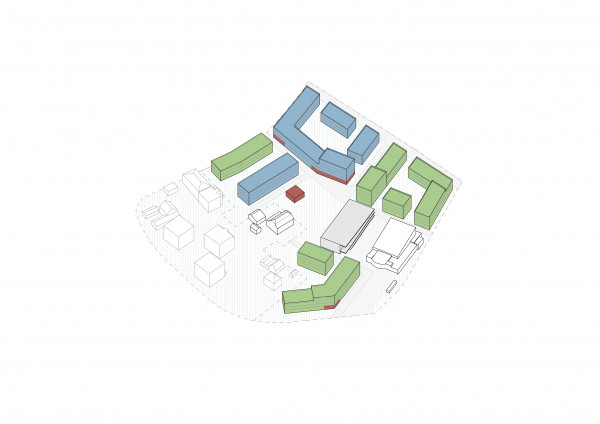 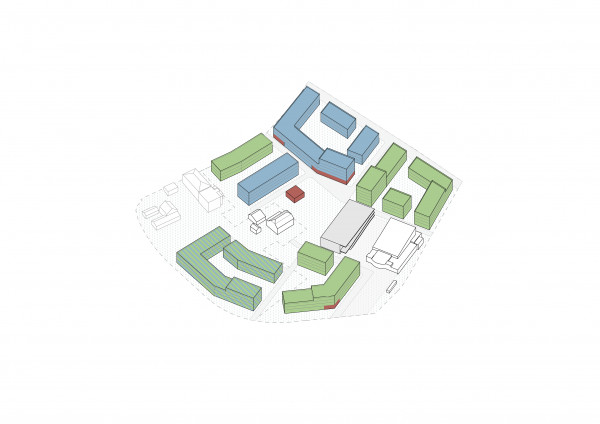 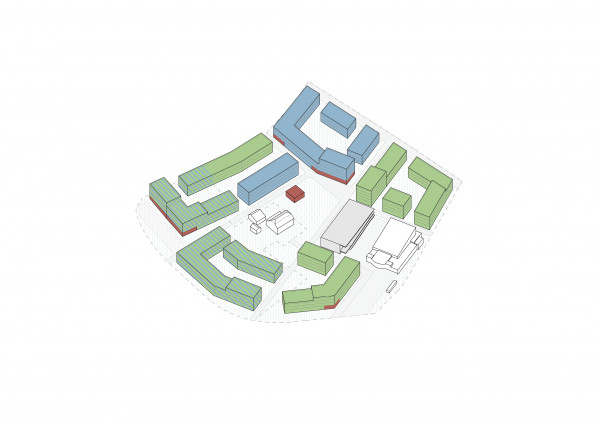 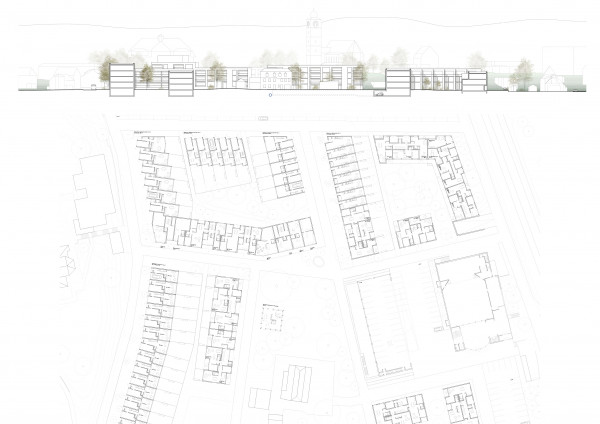 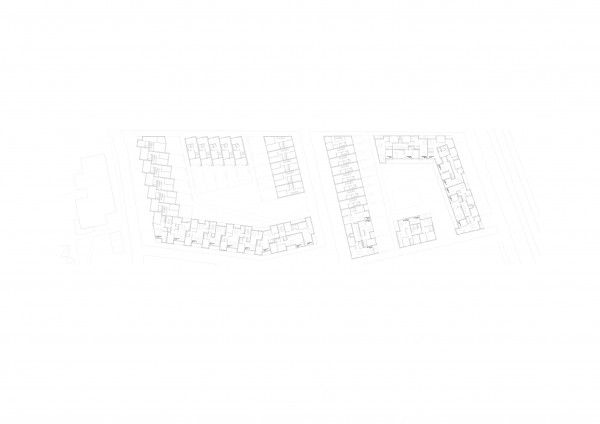 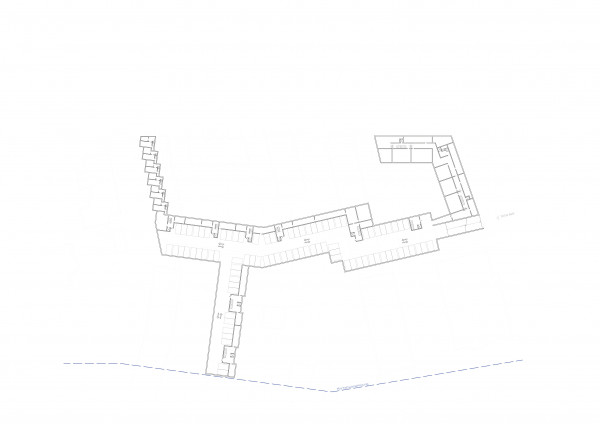 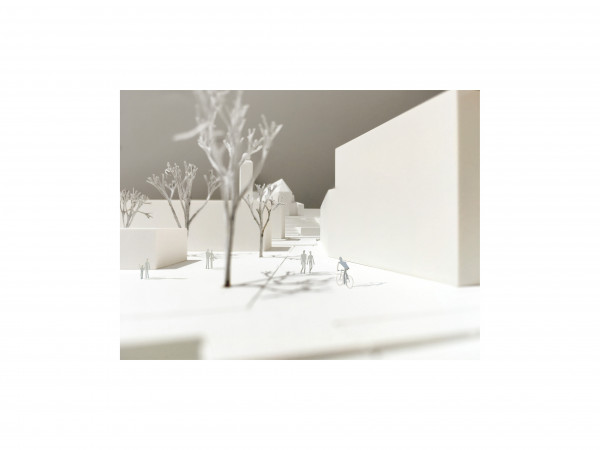 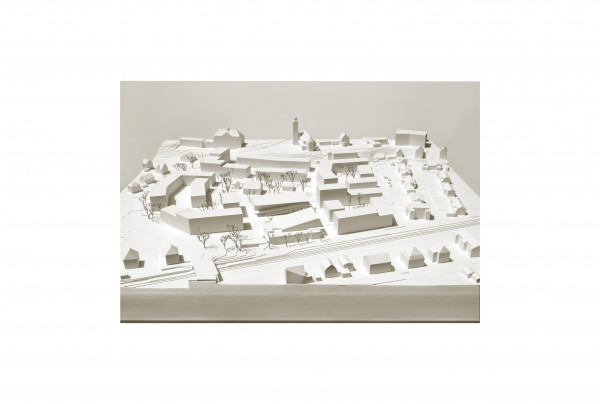 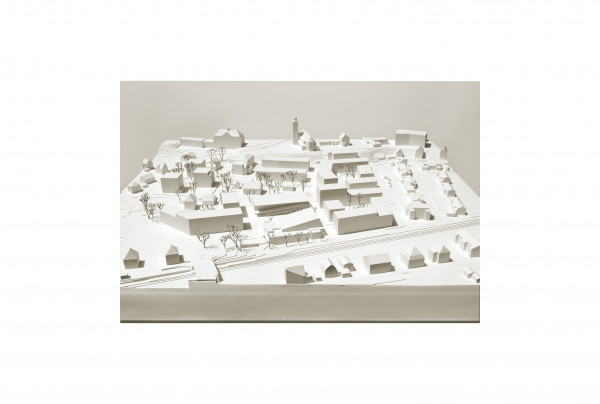 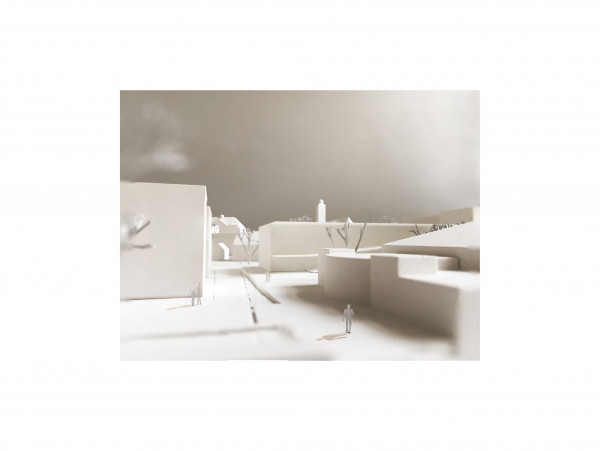 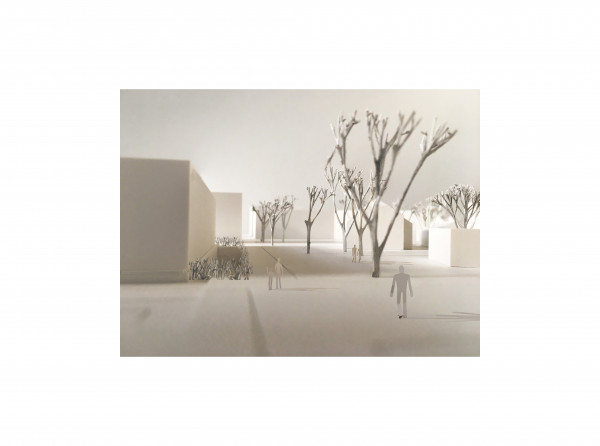 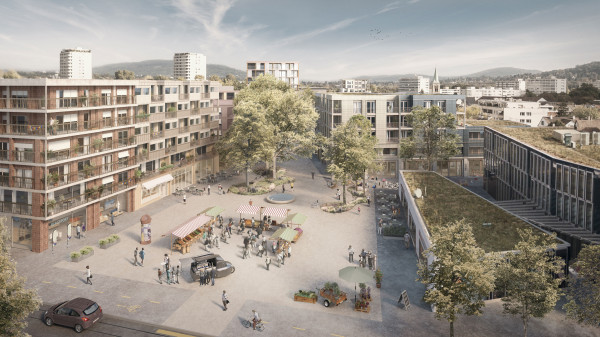