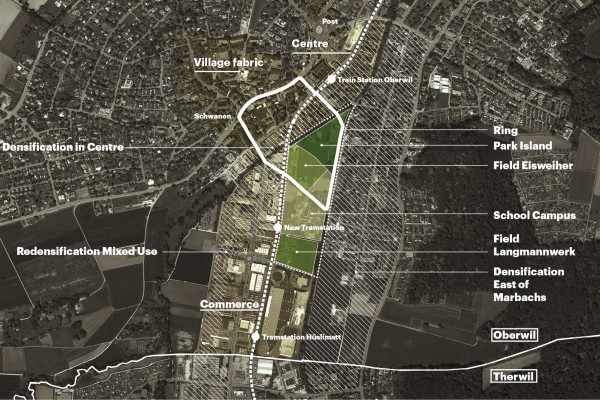 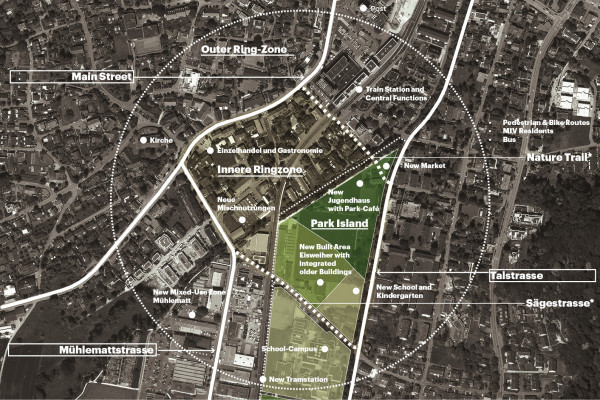 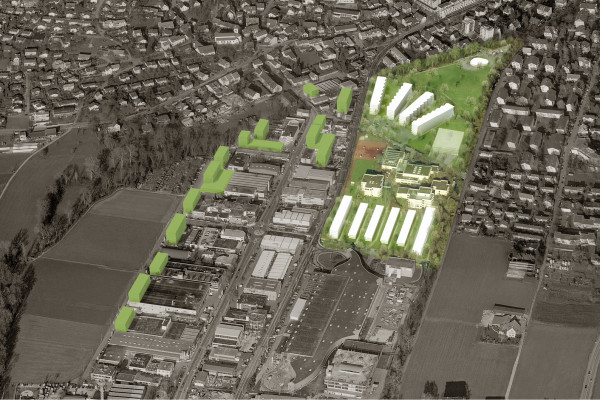 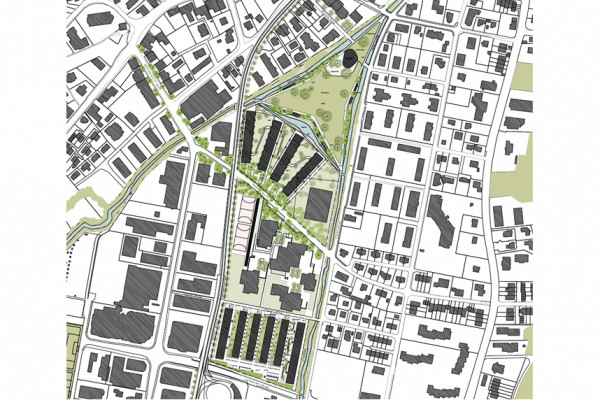 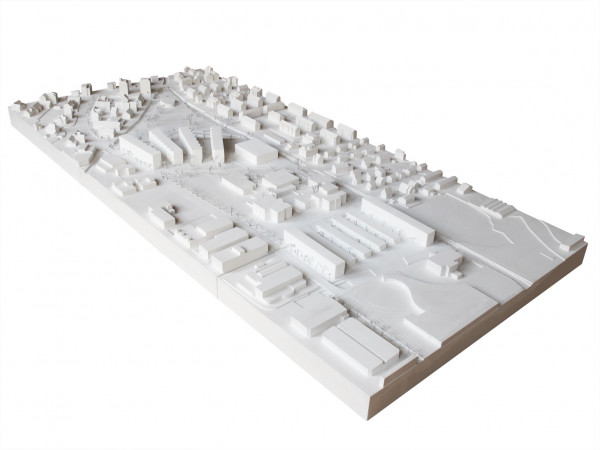 The “Eisweiher”, or Ice Pond, is located between the communities Oberwil and Therwil to the south of Basel. Its triangular shape is defined by the confluence of the Birsig and Marbach rivers. The surrounding communities intend to activate this land reserve in the near future and initiated a parallel study to investigate its potential.

Open space defines our urban design: the robust proposal defines several distinct zones or ‘islands’, which can be individually developed within an overall redevelopment strategy. The existing identifiable elements of the site, such as its field structure and water systems, are maintained and strengthened within our concept. A new circular road connects the existing streets and paths with the new development and park, linking them to the existing towns, clarifying the circulation of traffic and improving the potential of neighbouring sites.

A primary component of the scheme is the proposed creation of a public park in the triangular piece of land between the two rivers. A long linear pond is created to define its southern edge thus forming an island. In its scale, shape and location the park will create a new publicly accessible space for both the planned developments to the south and the existing communities of Oberwil and Therwil. A youth centre positioned on the northern tip of this island will provide additional facilities for these communities.

To the south of the park the “Eisweiher” consists of four long zones each containing a six-storey residential building that fan out towards the park. The larger dimension of those plots alludes to the original agricultural field structure found in the area and contrasts to the small parcels of land found in the adjacent areas.

The final component of the study created six linear parcels once again based on the former field structure of the site. The inner four of these parcels are proposed to become two-floor high row houses with private gardens. The outermost parcels to the west and east house five-storey mixed use buildings that define the edges of this new neighbourhood. 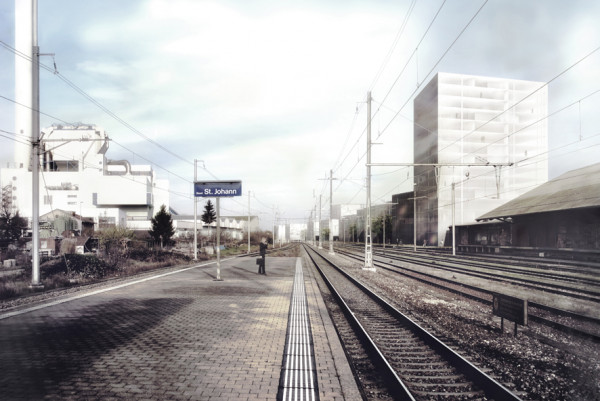