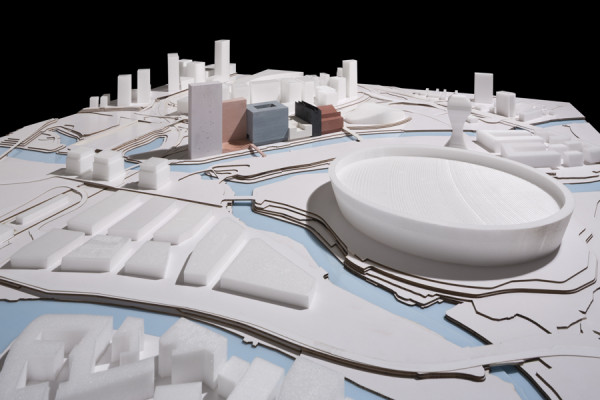 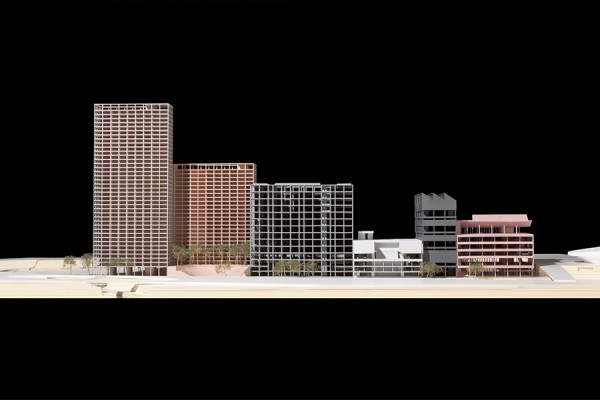 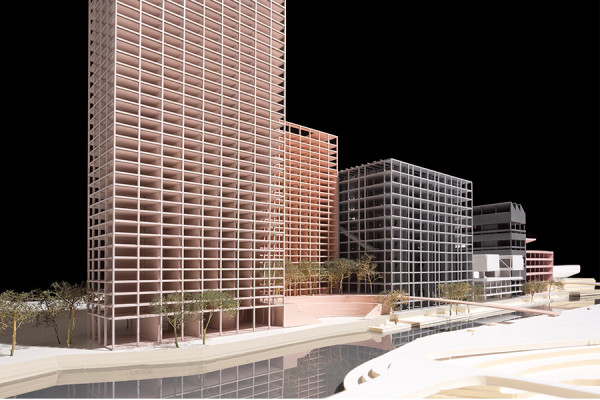 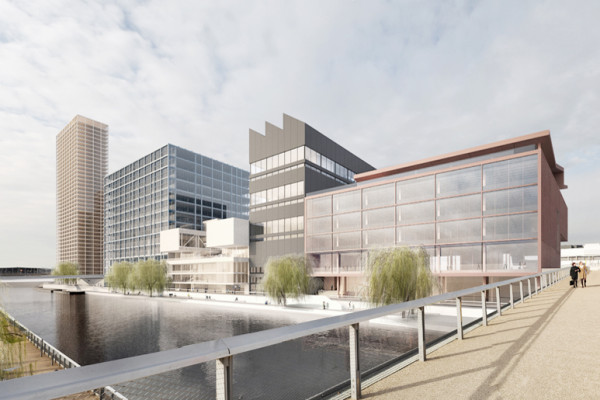 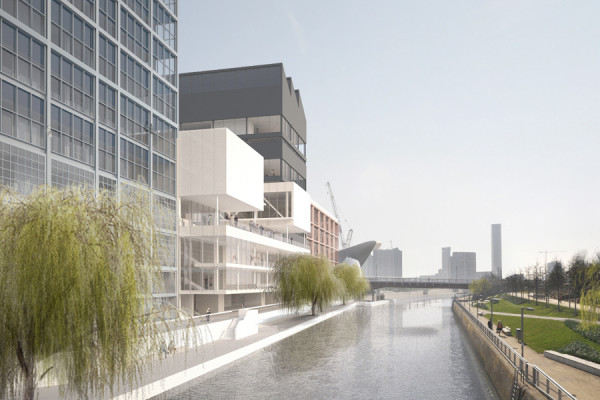 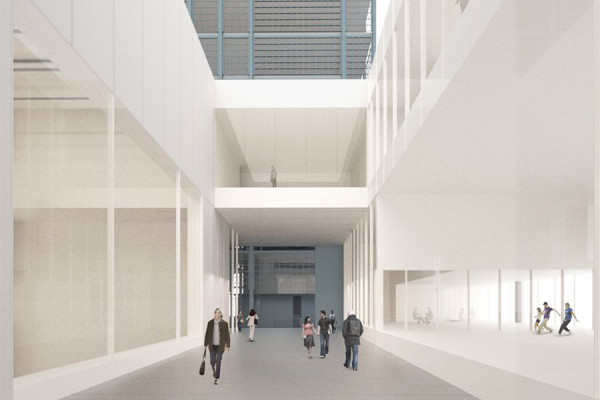 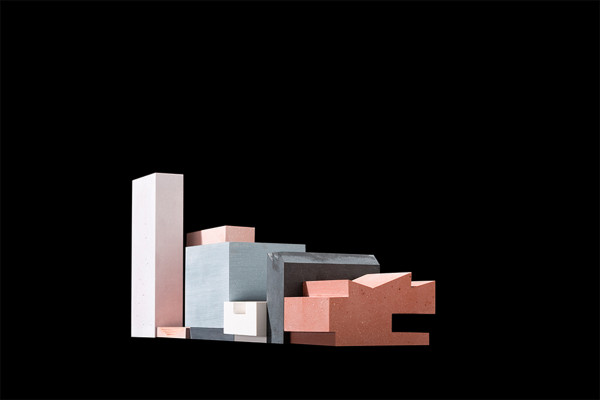 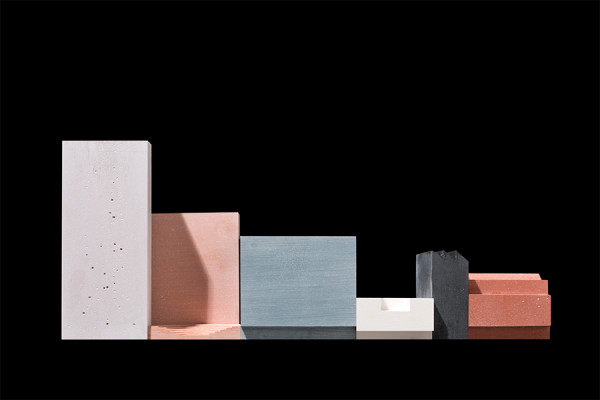 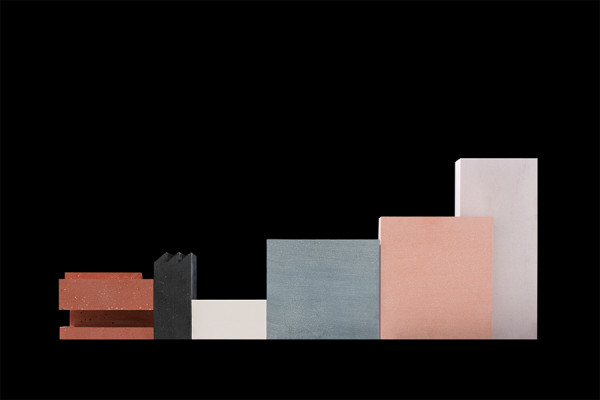 Formerly at the fringes of the city, the Lea Valley has been defined by the interplay between nature and industry as part of a rich history of productivity, industrial innovation and invention. Now, just as the Olympic venues provided it with outstanding sports stadia at a metropolitan scale, the new Quarter will provide an opportunity for its Partner Institutions to take a pioneering role, embracing shifts in the way culture and education, is defined, produced and consumed. It will act to consolidate the recognised shift eastwards in London’s cultural landscape and embrace the area’s already dynamic cultural practices. Our design for the Quarter takes cues from this new, flexible definition, embracing opportunities for interaction, culture and knowledge exchange.


The ambitious demands of the brief to accommodate four world-class institutions; the Victoria & Albert Museum, Sadler’s Wells, the Smithsonian Institution and the University of the Arts London, alongside extensive housing and retail program require a proposal of extreme density within the competing infrastructures of the site, both visible and hidden. With no single ground plane, the site is in essence an island bounded by the Lea Waterworks River and Carpenters Road, with only bridges to provide the critical connections. These restrictions also offer a unique opportunity for the Partner Institutions and residences to have a more intense engagement with one another and the surrounding neighbourhoods.


Our proposed masterplan strategy places the institutional buildings and residences side by side, with each adjoining building separated only by a shared party wall.


Through independently accommodating the optimal programmatic and functional requirements of each institution, the proposal offers a varied arrangement, volume and silhouette of contrasting activities and spatial typologies.

A continuous public route, the ‘Enfilade’ spans the site and unifies the Quarter by linking each institution to its neighbours and creating a series of interconnected shared public spaces with their individual entrances. This newly established ‘ground’ level across the site provides additional opportunities for interaction and collaboration and cultural appropriation between institutions, students, practitioners and local inhabitants. This elevated ground is closely linked to both the Waterfront and Carpenters Road creating a rich and interconnected public realm embedded in the context.


Sadler’s Wells exploits the given contextual conditions to provide an optimised series of spaces tailored to its specific program components whilst affording the public unprecedented visual access to the building’s back-of-house processes and offering opportunities for future collaborations. To assert its identity within the Complex, the building projects out over the Waterfront promenade and into the Enfilade. These dual ‘bay windows’ are formed from a seamless glazed skin to create a crisp silhouette. Internally movement within and between spaces is emphasized at all times from the dance theatre and public spaces on the lower levels, to the upper level of studios. The wings of this upper floor shelter an open-air performance space with a view over the Park.


The Additional Institutions building is a warehouse for the display and creation of art. By stacking the three constituent institutions above one another in a single consolidated structure each is able to operate independently with a maximum individual flexibility. The autonomy and neutrality of this spatial structure is countered by two oversized glazed art-lifts that will be used for moving both art and visitors throughout the building, interconnecting the institutions. A dark precast concrete façade creates a strong presence for the Additional Institutions that is further enhanced by a series of linear skylights, clerestory windows and a spectacular open-air room above the Enfilade. 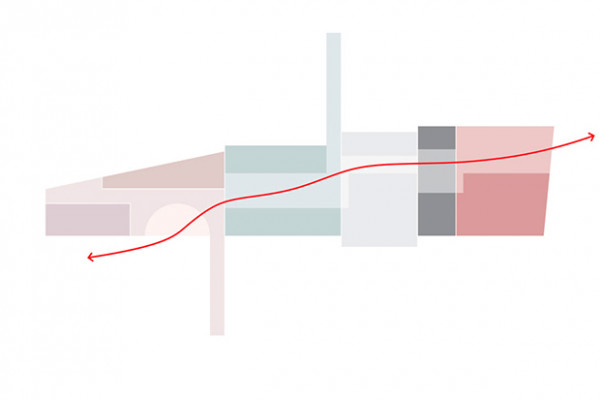 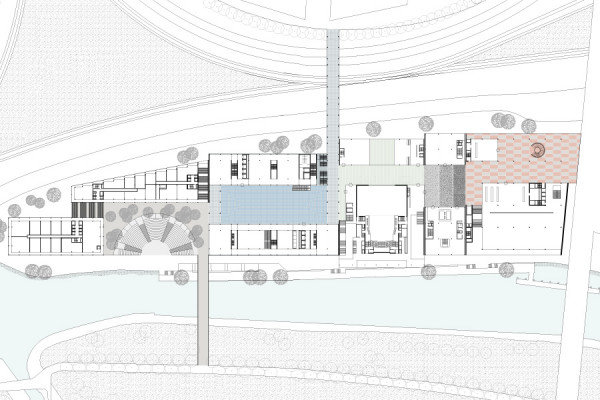 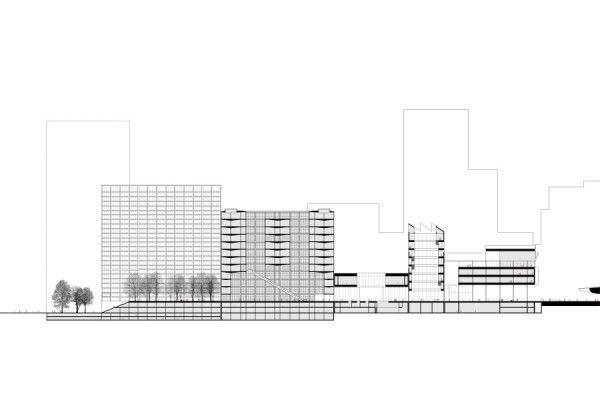 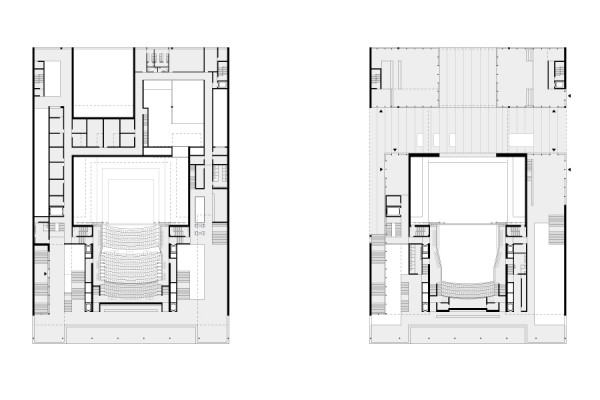 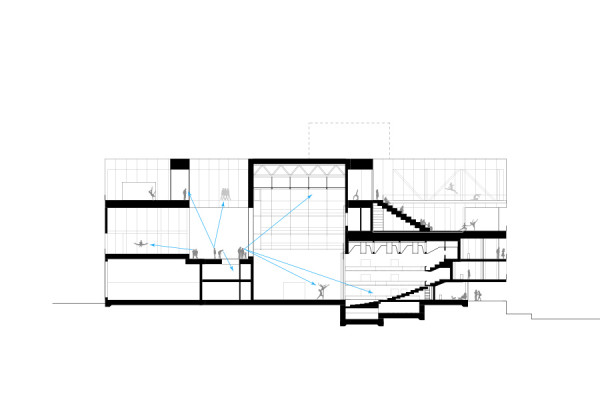 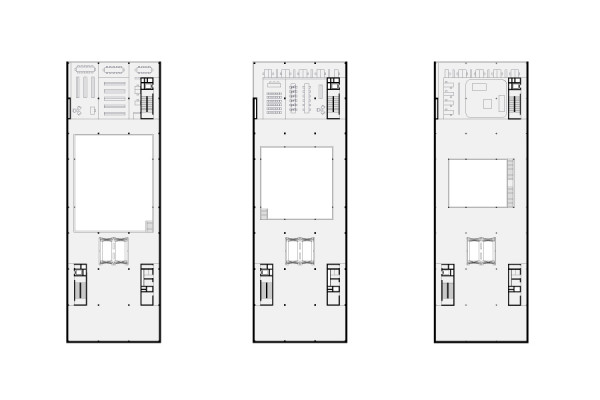 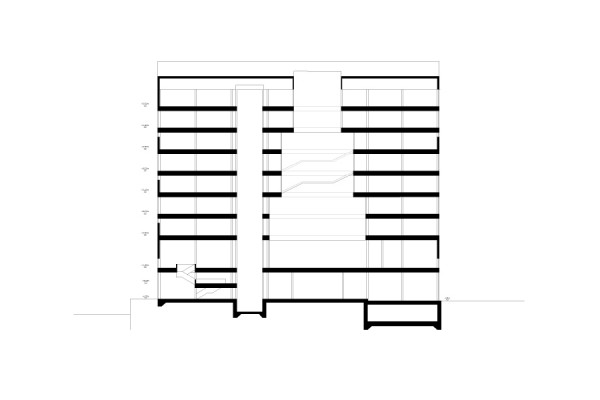 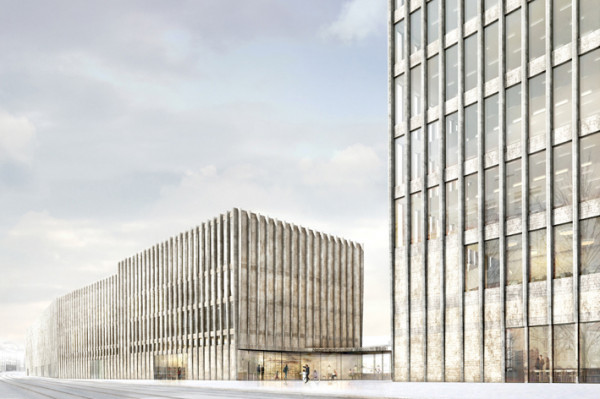