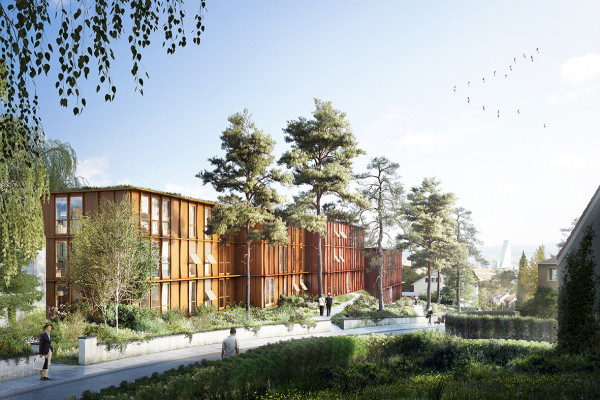 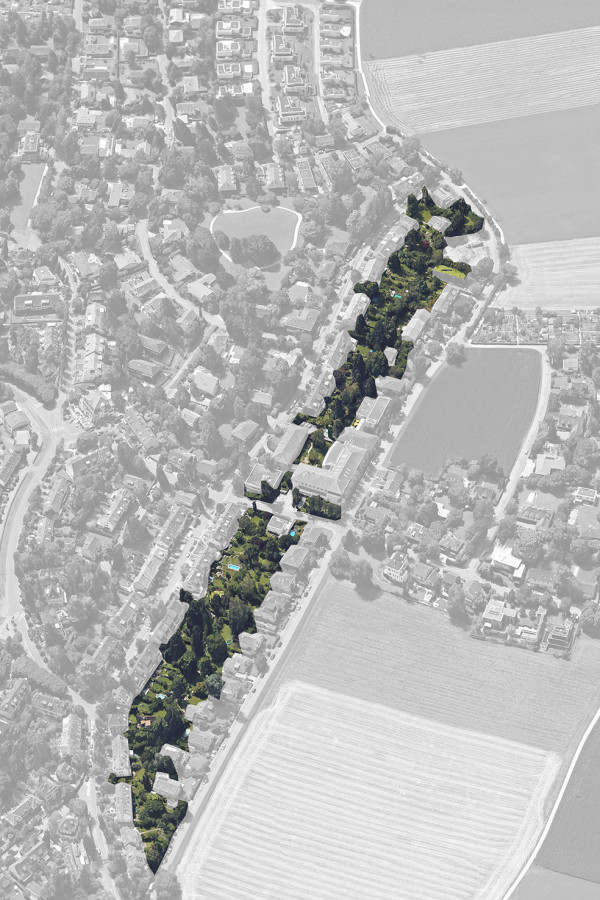 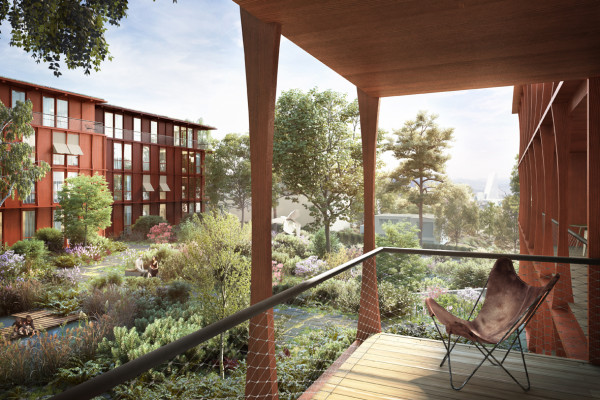 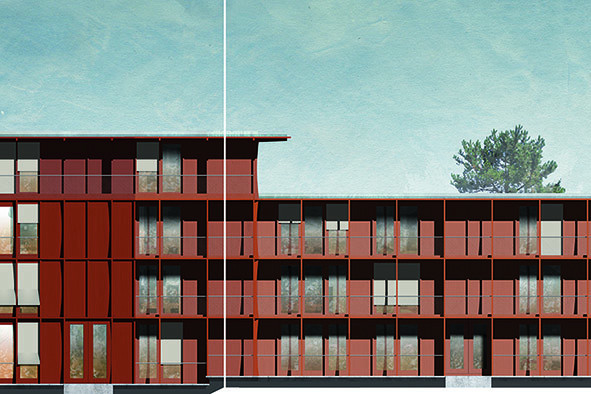 The radio station’s move into the city centre frees up a superb location providing the opportunity for a dense residential area which is family friendly, close to nature and very well connected to public transport. The key aims of the project are to enhance and express the existing qualities of the area and to maximise the development potential of this attractive site.

The outstanding area-wide green belt created by the back gardens of the neighbouring houses along the adjacent streets forms the conceptual backbone of the design. A lavish tree population and dense hedges amplify a magnificent green corridor, which must not just be preserved but further pronounced and reinvigorated.

As such the design of the exterior open spaces is influenced by the magnificent existing situation; the precious tree population, which will be preserved apart from a few exceptions and the ambience, which can be described as a cultivated wilderness emerging from the existing biotope in the centre of the site. This centre is comprised of lush greenery: groups of trees, spinneys and perennials which structure small common areas: a surfaced seating area, a playground and cobblestoned paths. These elements provide room for neighbourly interaction.

In order to keep the central green belt free of any development the necessary density is allocated in the building volumes along the streets. The buildings align themselves to the streets and relate to their predominant building typology as well as the topography and the context. Along the steeply inclined Marignanostrasse a three-storey high linear building continues the existing morphology and is stepped and set back in order to respect the rooflines of existing neighbouring buildings. The variations of building typologies and their setbacks along the Schäublinstrasse have been chosen in reference to the existing loose urban structure.

The building volumes are organised by setbacks and deep balconies and relate to the scale of the surrounding developments. The load bearing structure of the balconies are made of concave columns, which also make up the basic grid of the façade. The single elements are further broken down into window wide panels that reflect the internal timber construction grid on the exterior of the building.
The vertically stepped building volumes are raised slightly off the ground to establish a light and elegant counterpoint to the lush nature of the garden landscape. 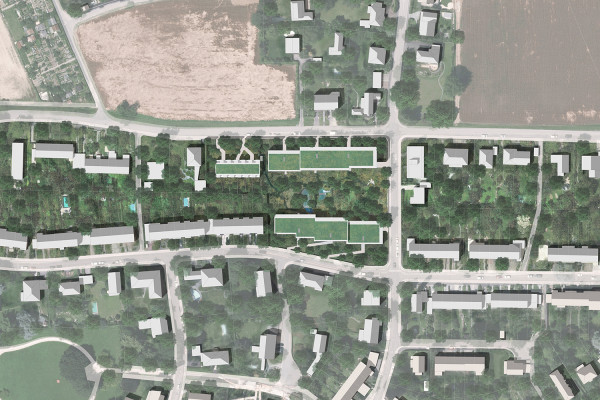 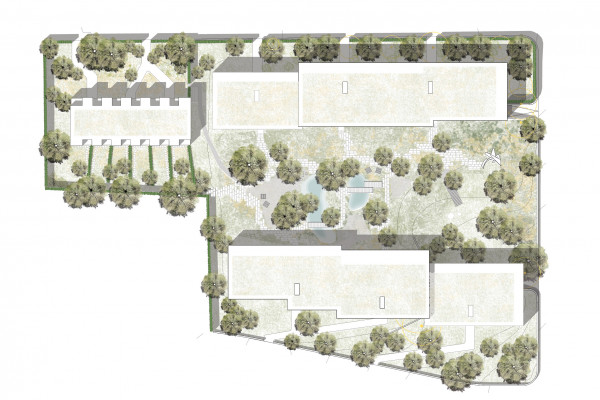 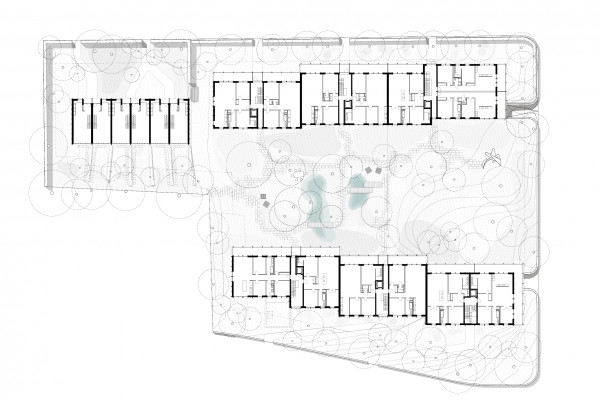 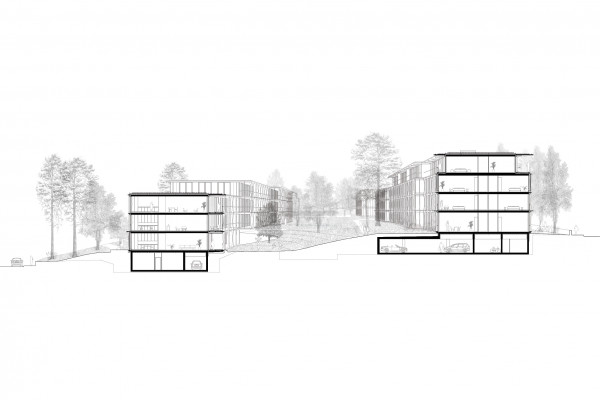 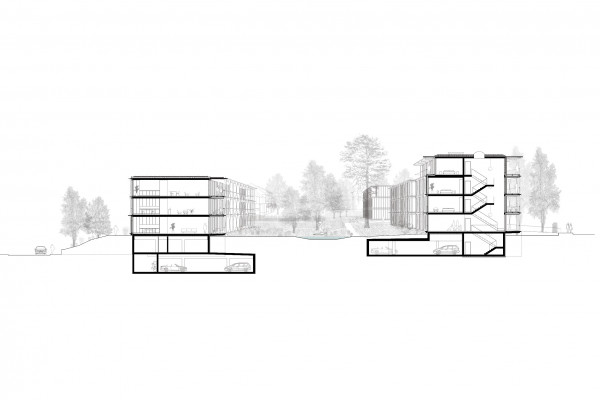 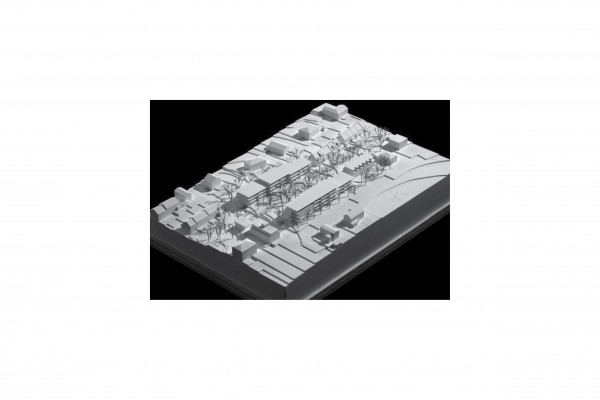 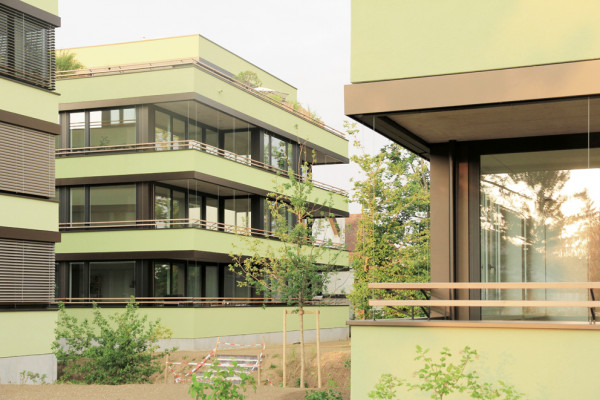