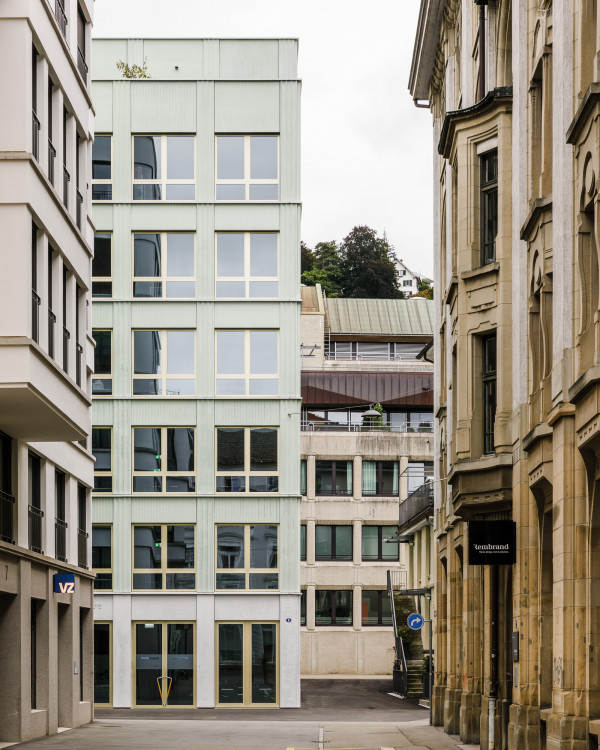 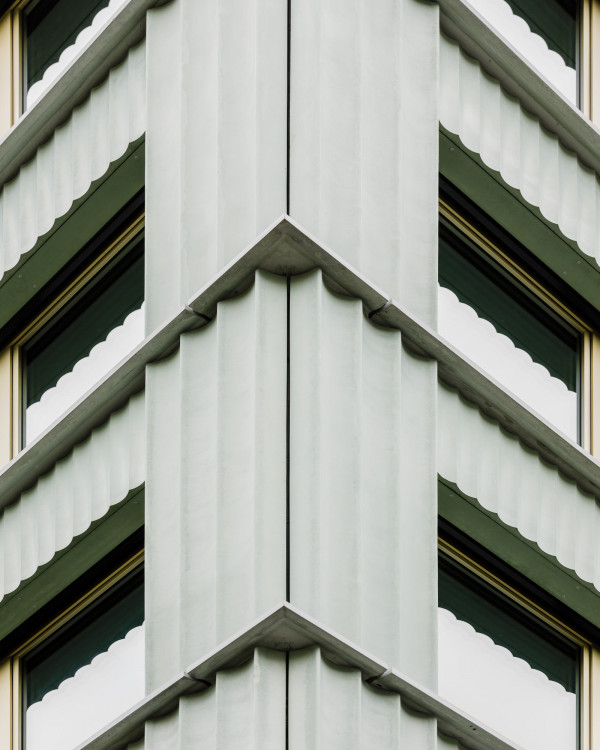 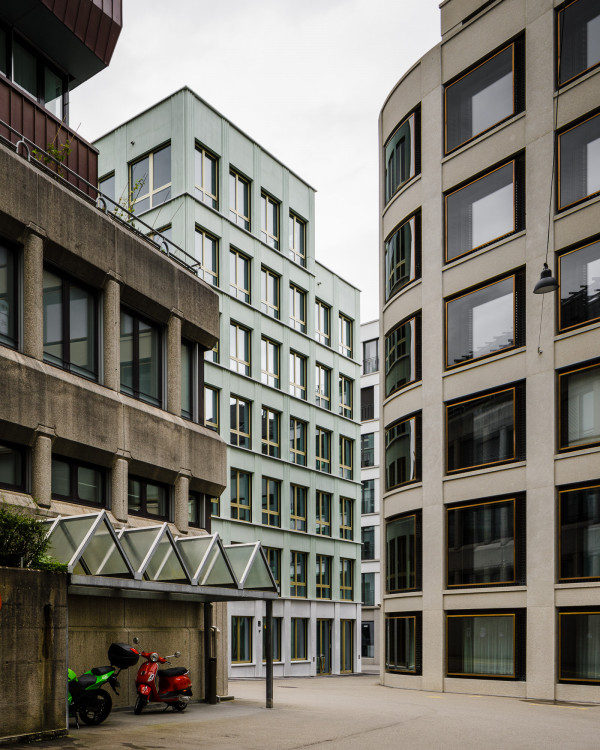 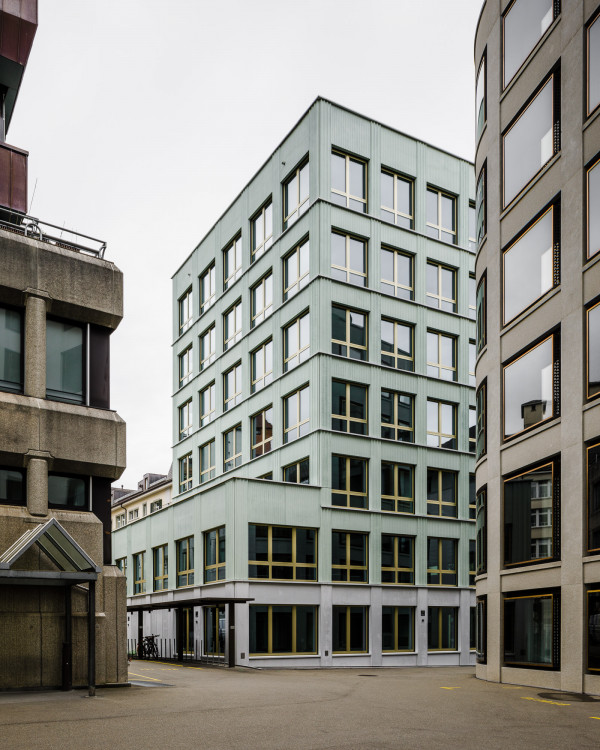 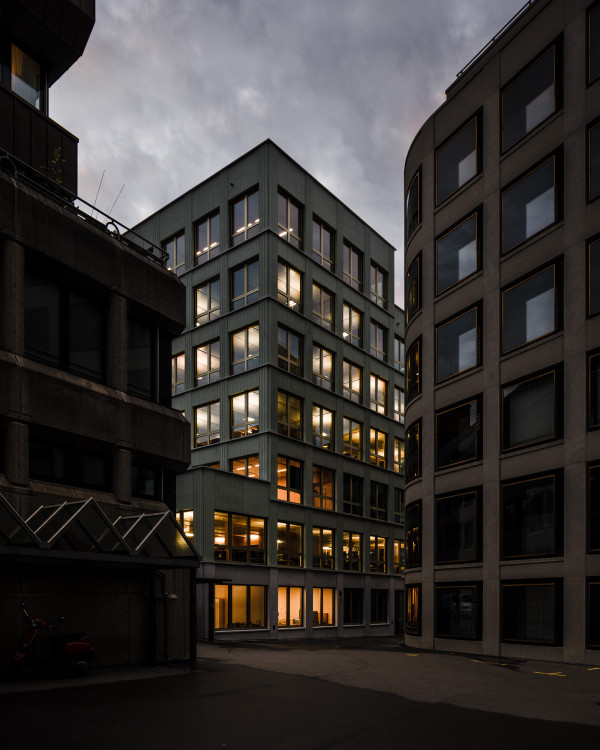 The Medisuisse office building, built on the site of the former Consolato d'Italia, claims a special position in the area. The building complements the edge of the block, but at the same time, like its predecessor, it asserts its independence, since the buildings on the neighbouring plots require the distance they deserve.

With its well-proportioned, simple volume, which defines itself according to its inner logic and is profiled towards Frongartenstrasse and the rear courtyard, but is neutral towards the two sides of the block, the building provides a strong connection to the border of the block. The building marks its independence, but at the same time blends naturally into the surroundings without exaggerated gestures.

Following its constructive logic and the arrangement of uses, the building is designed as an orthogonal volume. The given dimensions of the buildable area create ideal spans for a largely column-free timber construction. Only the first two floors with the courtyard-side extension are divided by the row of columns from the façade above.

The internal structure is reflected in the architectural expression. The façade is clad with thin-walled, glass-fibre cement panels The aim was to combine two opposing goals in one type of construction. On one hand, we wanted to perpetuate aesthetic of the area characterised by mineral façades; on the other hand, we wanted to express the prefabricated lightweight construction on the façade as well.

In this way, the constructive logic of joining is transferred to the façade. The rational, prefabricated construction method not only allowed for a well-proportioned, tectonic shape of the building structure, but also for extremely efficient construction with a small-scale building site installation.

The floor plan concentrates all service rooms in the access core and thus offers comprehensive flexibility of use. The column-free, contiguous usable area can be freely subdivided in the building grid of 1.4 m. The two-sided arrangement of the building on both sides of the building allows for a very efficient construction. The two-sided arrangement of the technical shafts means that two independent tenants can be accommodated on each floor. The clear room height and the shallow depth of the usable zones offer excellent use of daylight, despite the relatively small distances between the buildings. In combination with the natural building materials, this results in an excellent room and working atmosphere. 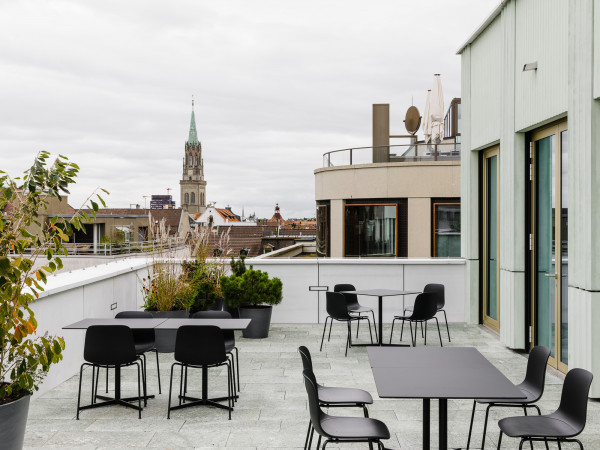 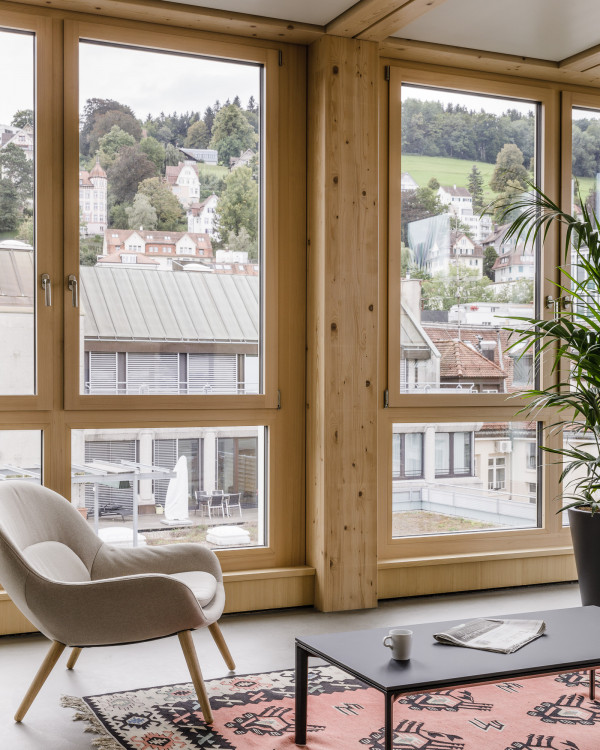 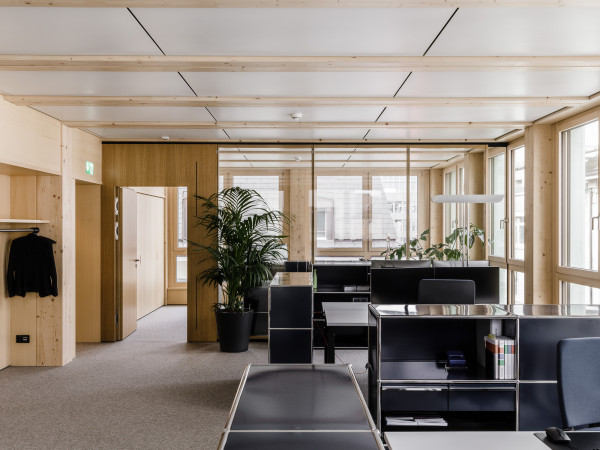 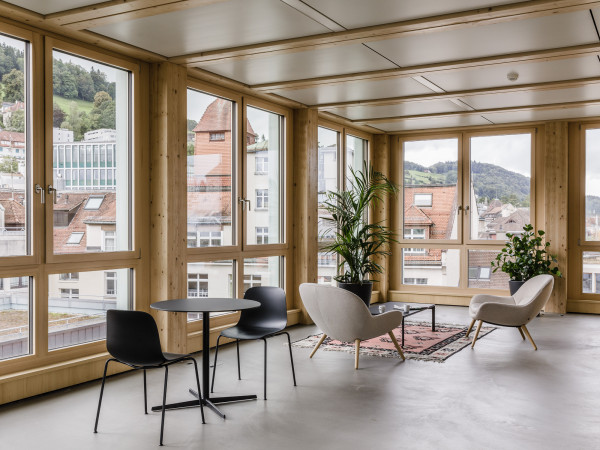 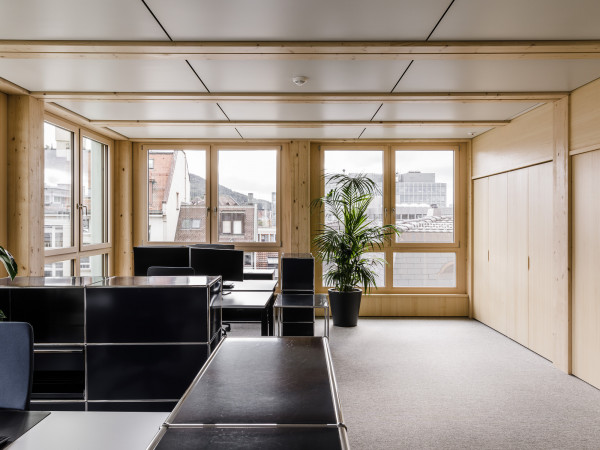 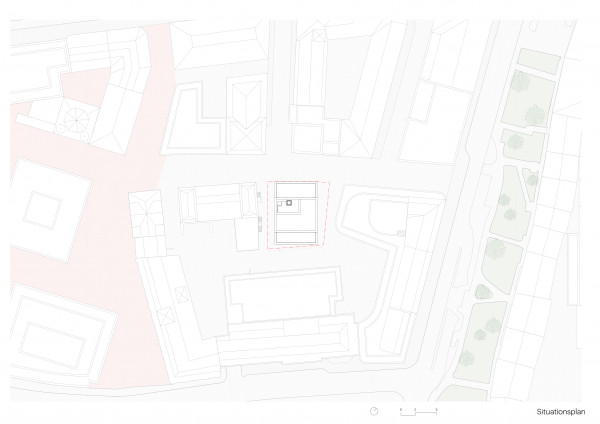 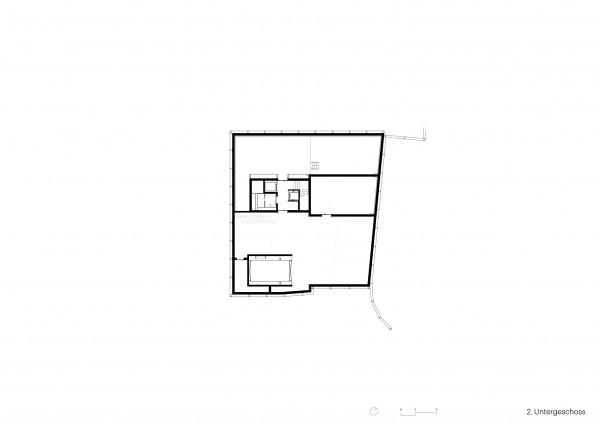 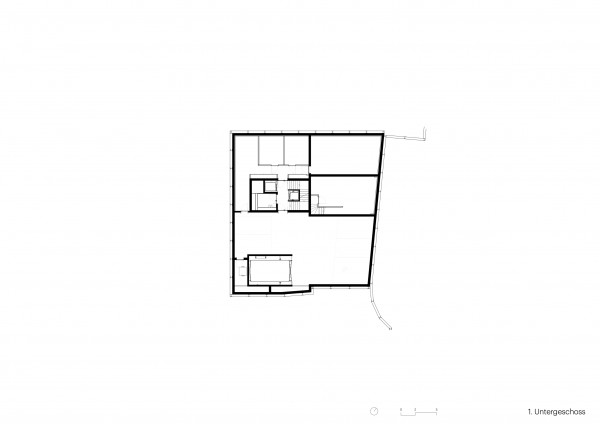 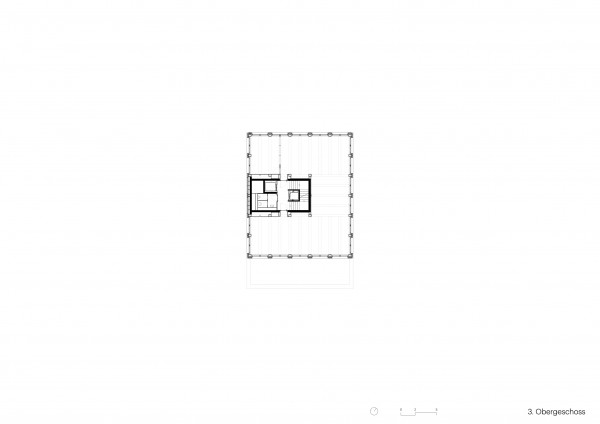 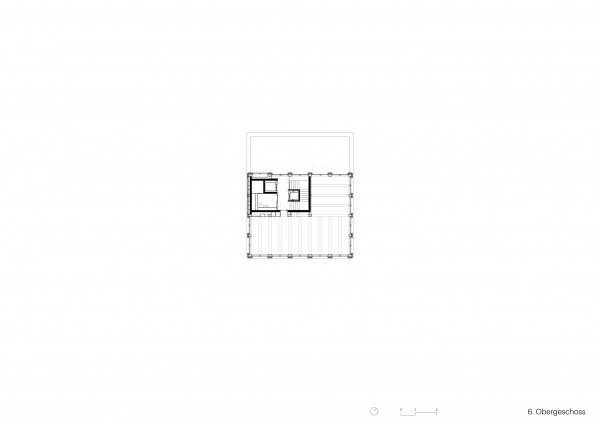 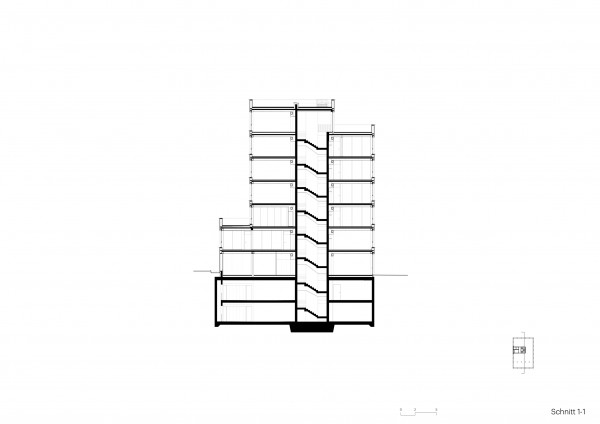 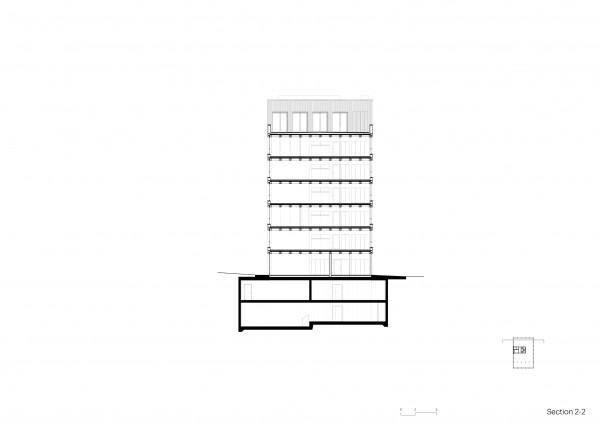 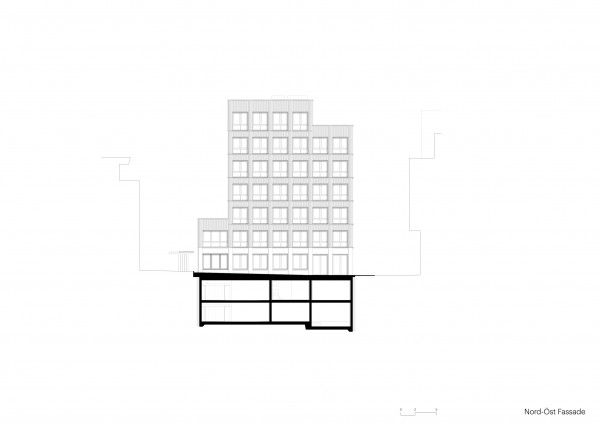 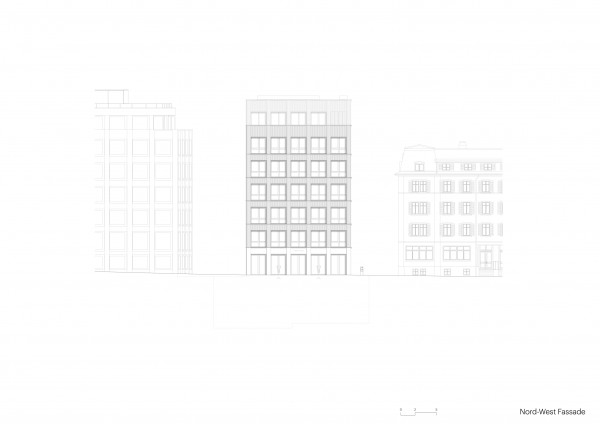 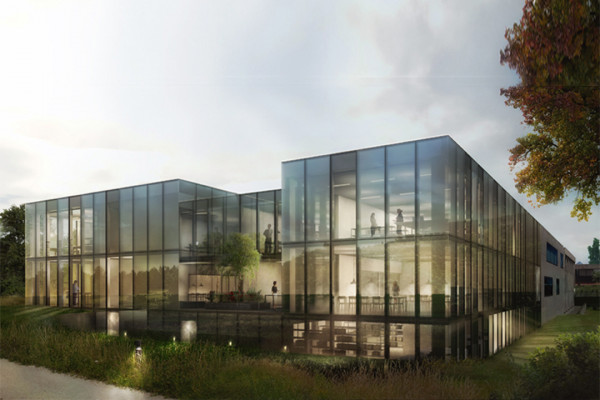