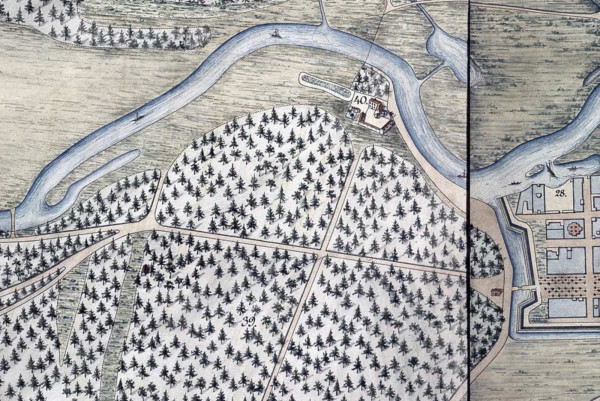 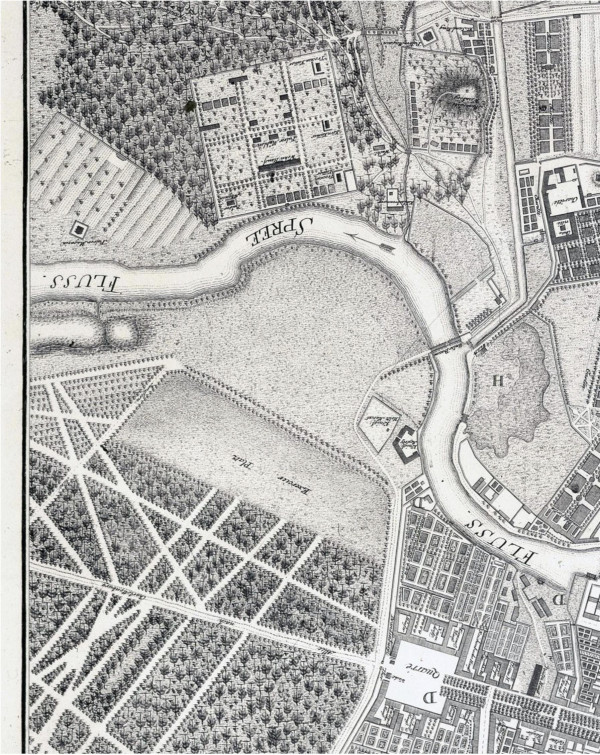 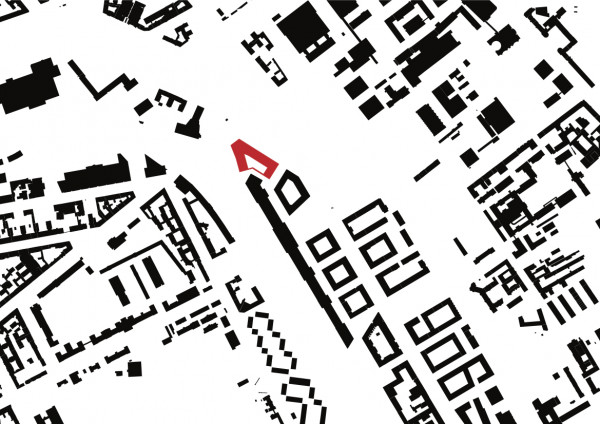 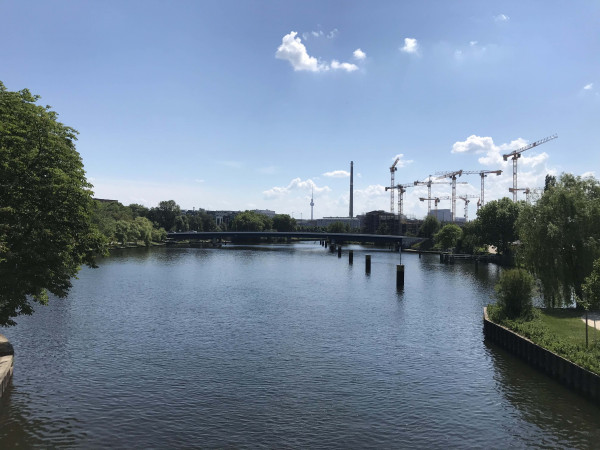 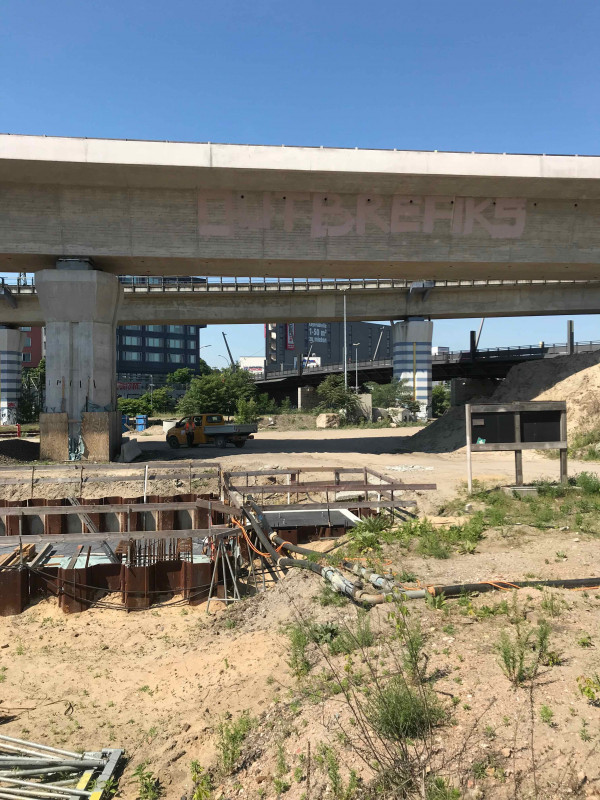 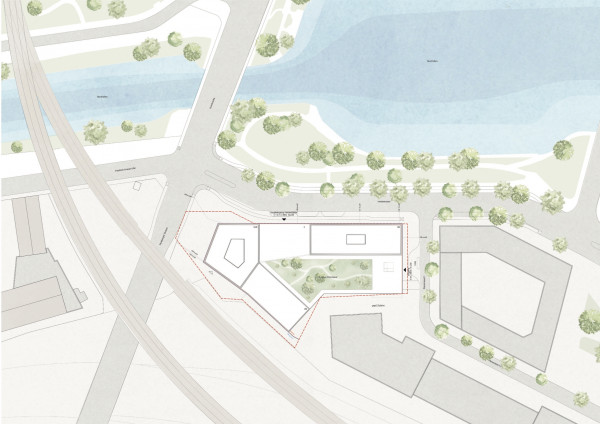 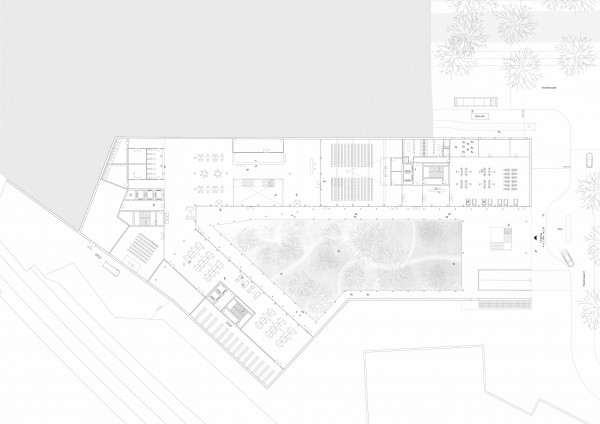 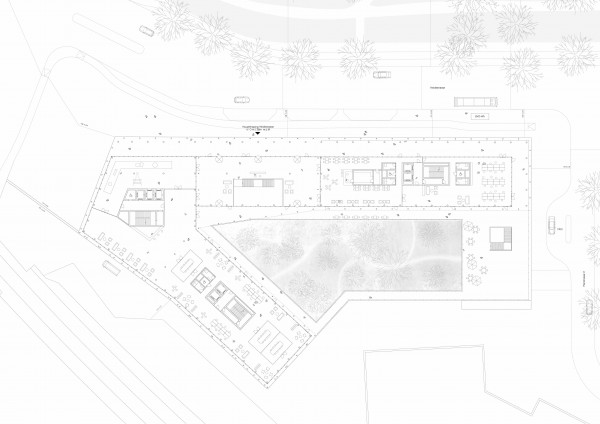 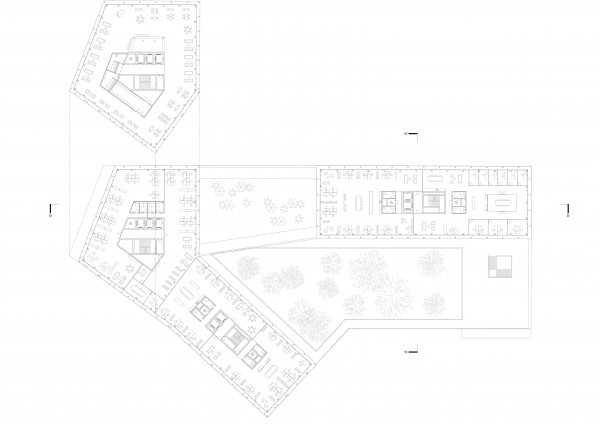 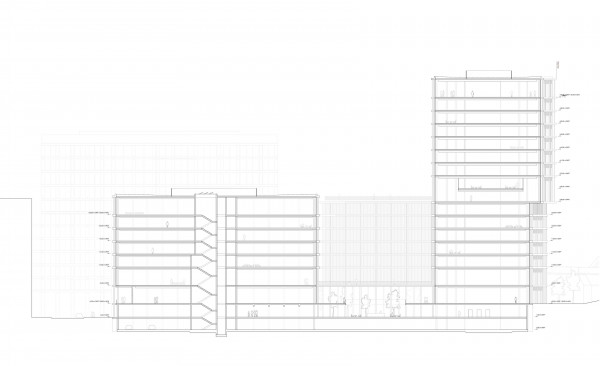 The competition area, in the district of Mitte at Nordhafen, owes its ambivalence to the specific location between a growing large-scale block development, heterogeneous latch structures and the landscape of the northern harbour. The aim of the design is to structure the growing quarter with a group of buildings and to strengthen it with an identity-creating gesture. The urban ambivalence
between dynamic and quiet, entrance and exit to the district is being developed into a clear address.


The significantly towering new building on Heidestrasse creates a new urban-spatial sequence and forms the prelude to the existing and emerging infrastructure of the Europacity Master Plan as well as the historic industrial fragments of the last century.
The formulation of the structure not only produces references to the adjacent buildings, but also develops from the strict regulations of the B-Plan and the strongly varying topography.

Location-related, but objectively elegant, the open block new building positioned at the intersection Heidestraße and Perlebergerstraße; At the same time, it forms a private address for the arrival and departure of visitors and users. Consequently, the different levels of the input and delivery situations are separated and the existing topography cleverly exploited. The opening gesture of the building also creates an outdoor space of high landscape quality and a Hortus Conclusus, which promotes the natural circulation and communication of the users and at the same time protects from the noisy urbanity.


Terraces on various levels invite you to look at the Berlin skyline and promote the creative work environment. The breathing of the projectiles does not only aim for an interior quality, but consciously develops an urban presence as well. The new building ensemble thus forms a qualitative contribution with an appropriate presence, not only as a representative link in the master plan, but also for the growing neighborhood in this central area of Berlin. 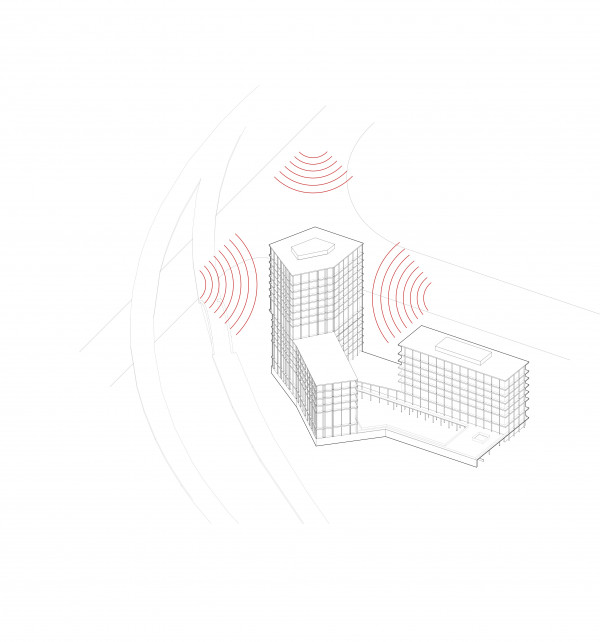 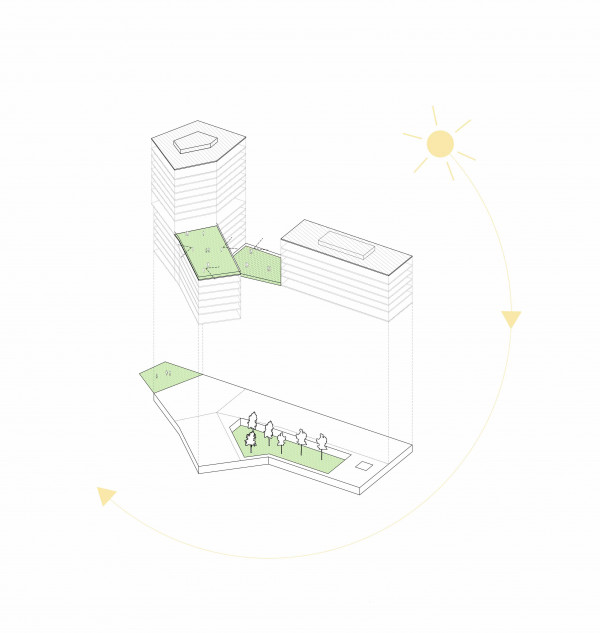 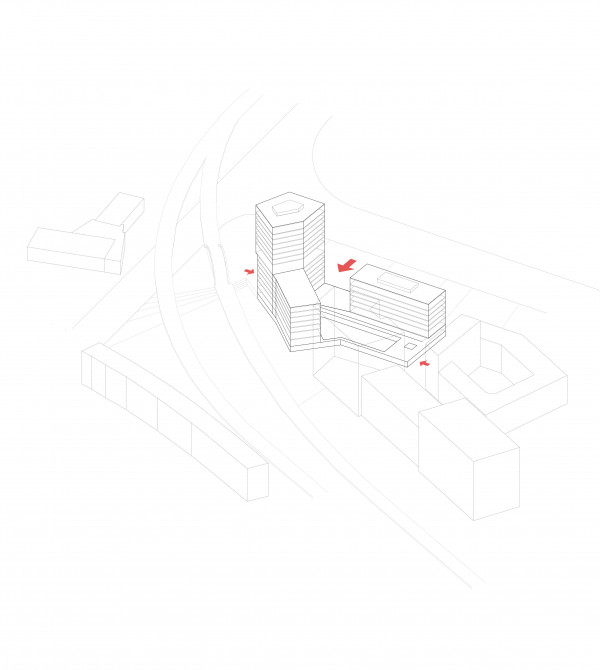 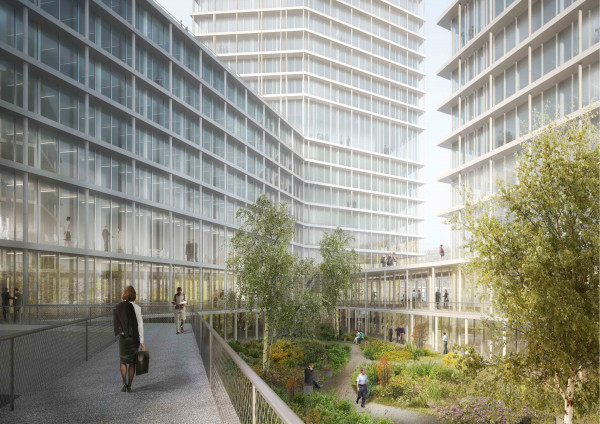 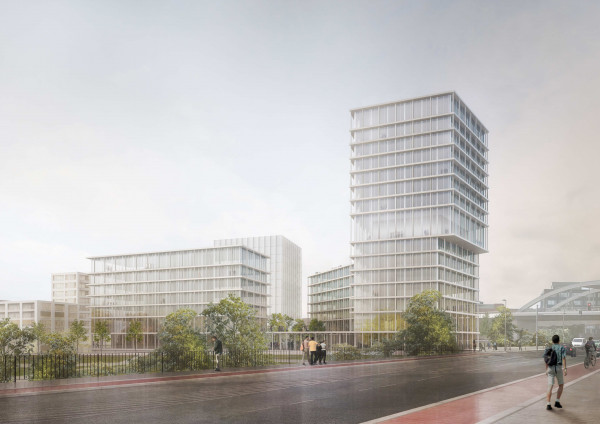 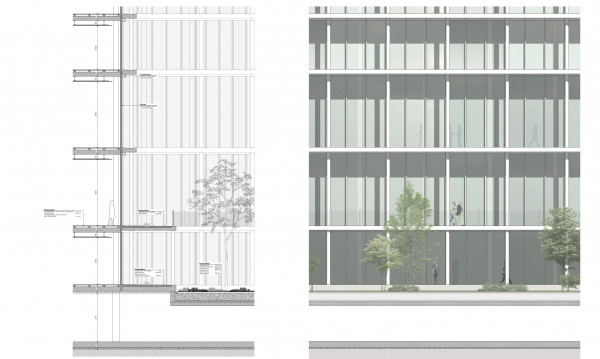 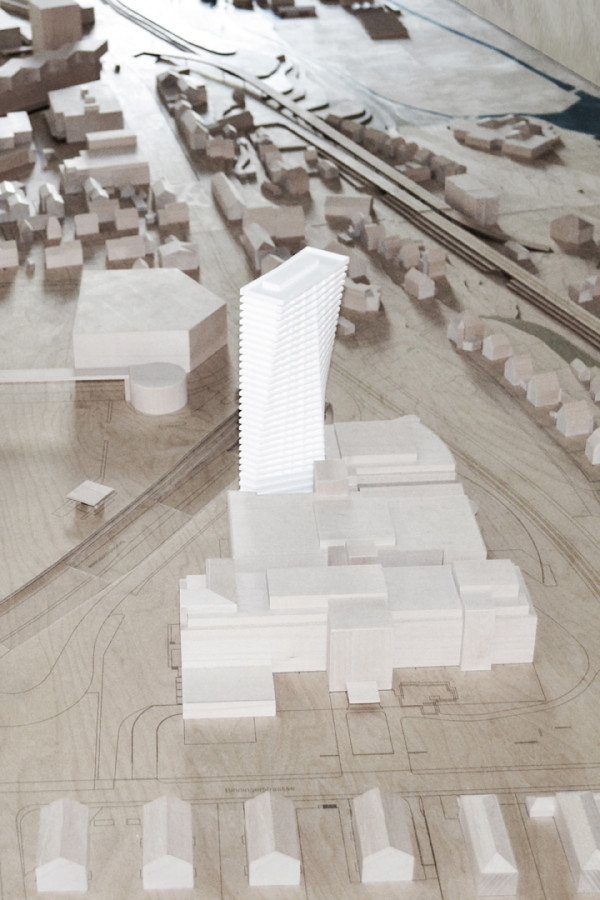