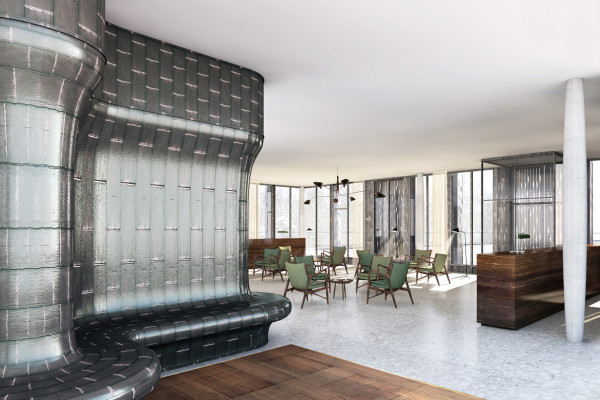 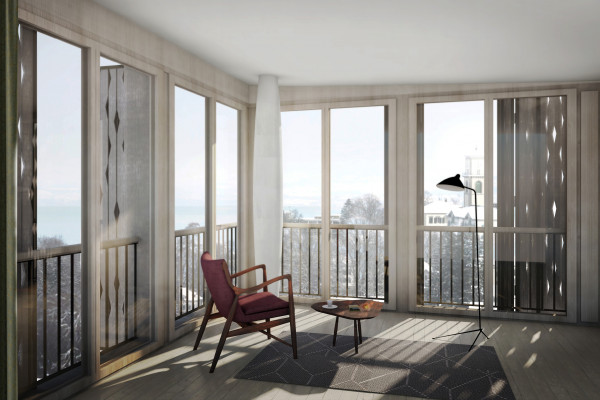 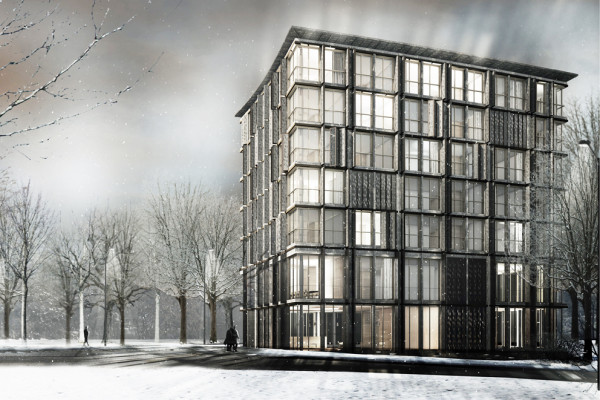 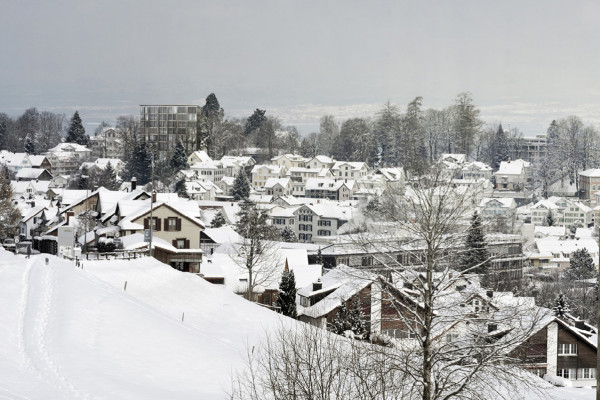 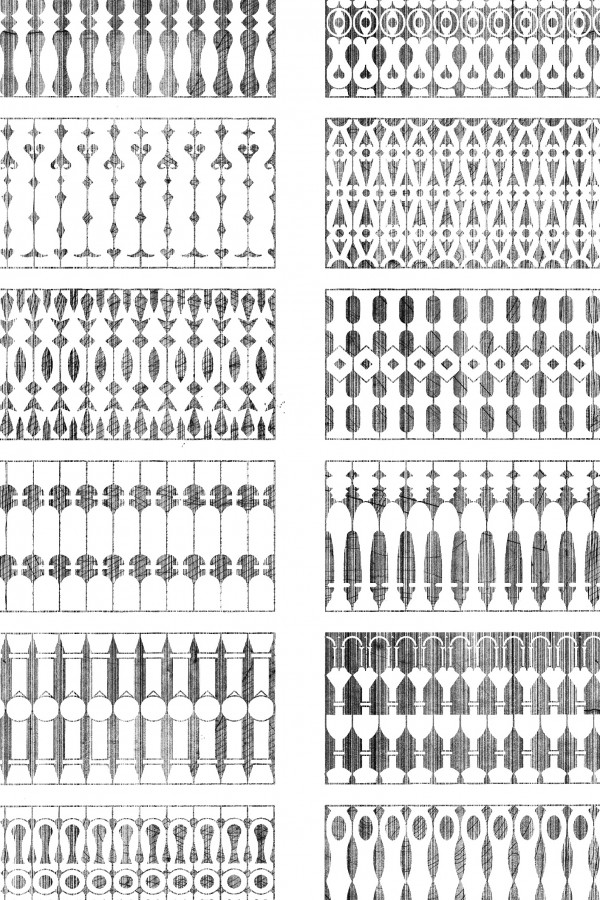 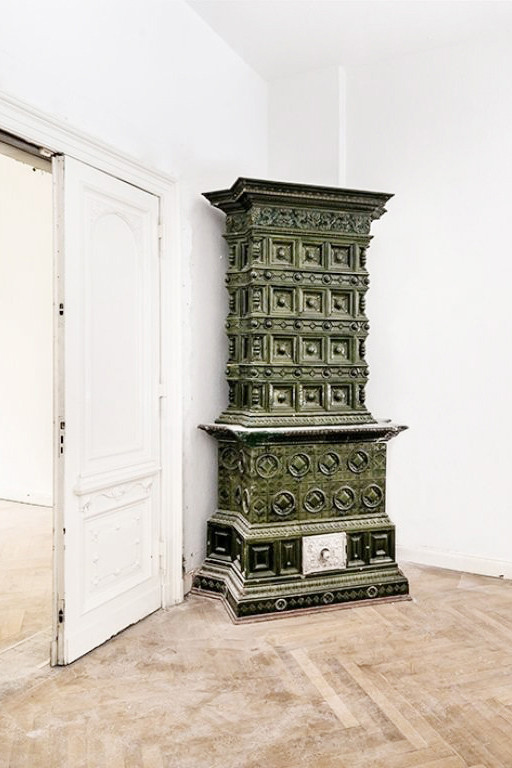 The picturesque 19th-century spa town of Heiden lies within the rolling hills of Appenzell overlooking the southern shore of Lake Constance in northeast Switzerland. In order to attract more visitors to the town, a new 3-star hotel with expanded conference facilities is planned alongside the redevelopment of the town’s park the “Kurpark” and “Seeallee” promenade.

Our proposal aims to embed itself into Heiden’s sensitive historical context, its park and surrounding urban morphology. By minimising the footprint of the hotel into a single volume a balance is created between the expanse of the park and the compact vertical mass of the hotel building within the town.

The architecture of this volume mediates between historic local construction methods and materials and the demands of the contemporary hotel program found in the design brief. Both the fixed and mobile elements of its façades allude to the scale, articulation and character of the regions traditional farmhouses.

The minimal structural elements of the hotel enable the creation of an extremely flexible plan supported by an efficient and economic infrastructure. This system affords the creation of both the more open lower public levels along with the more compartmentalised hotel rooms above. The ground floor provides an open-plan arrangement housing the hotel’s reception area, lounge, public bar, breakfast room and adjacent terrace with a strong relationship to the landscape of the park. The multi-functional congress facilities and office spaces of the hotel are located on the first floor.

Above these levels five floors of hotel rooms are arranged around a naturally lit central corridor. The freedom afforded by the minimal structural system enables a varied composition of hotel rooms within the interior and provides each room with an abundance of daylight and the best possible views of the lake and landscape beyond. 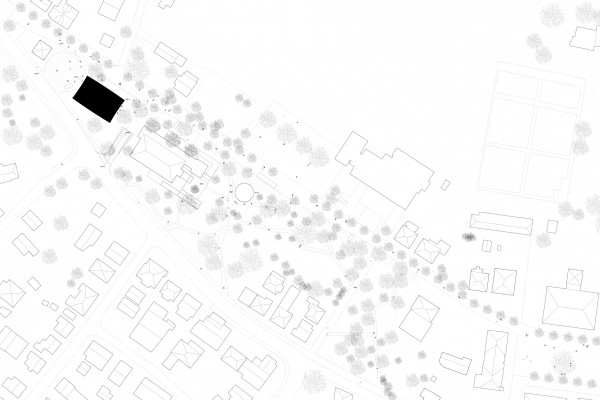 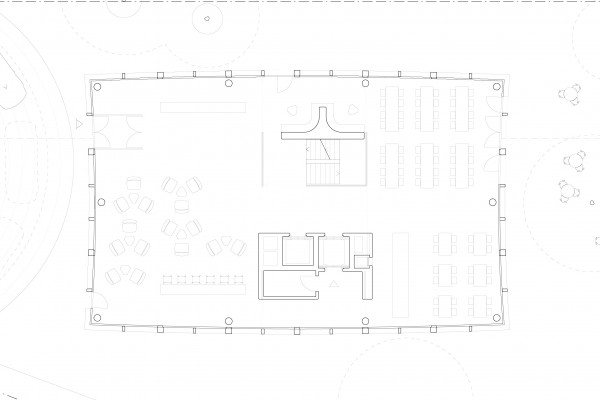 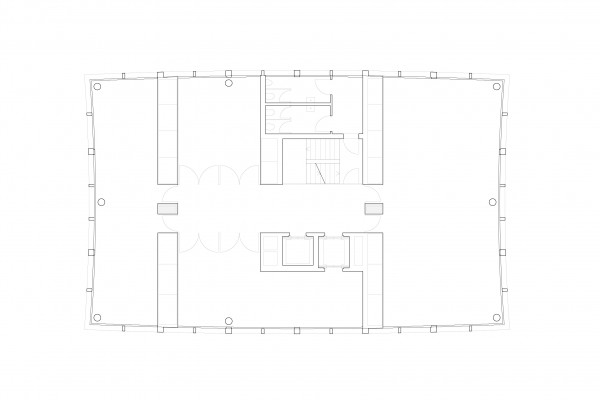 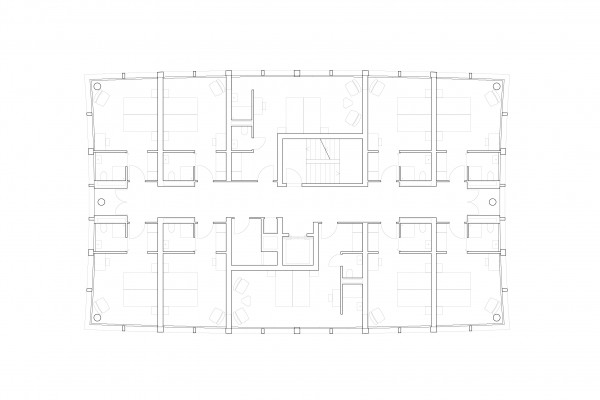 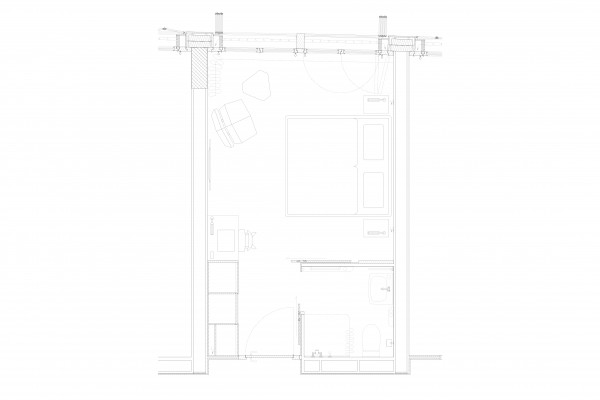 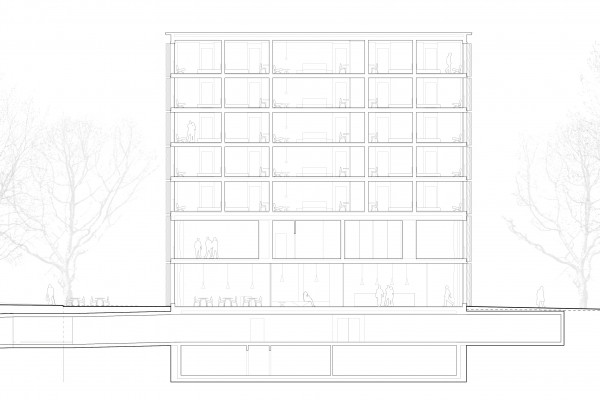 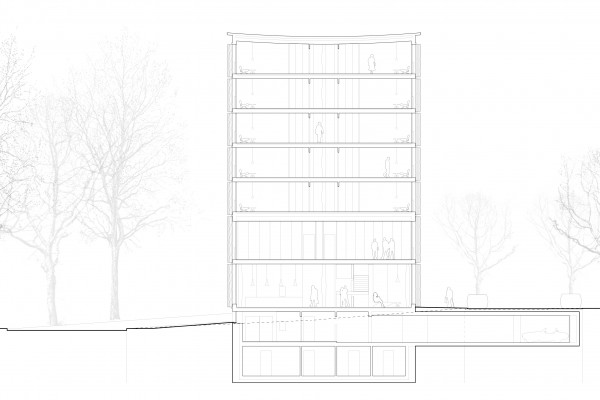 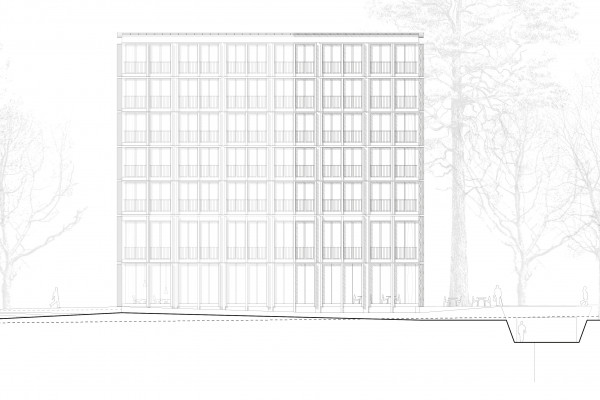 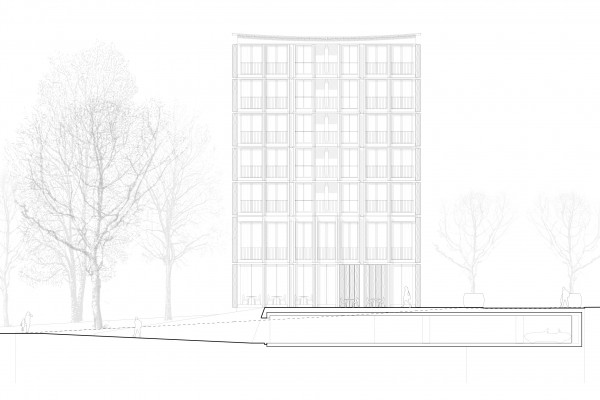 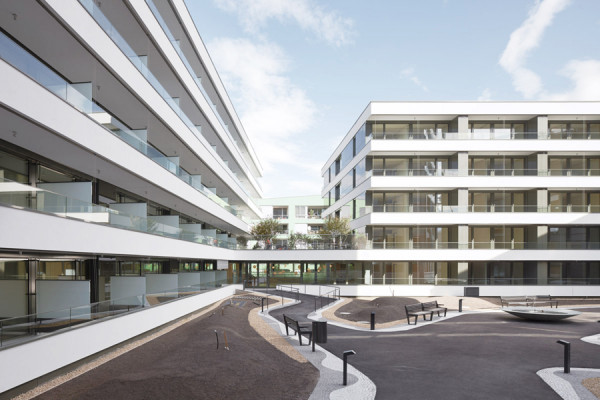